It hardly seems like two years have past since the last Motorcycle Cannonball, but time moves forward just like the bikes. This year’s event, dubbed “The Race of the Century”, features motorcycles 100 years old and older. The motorcycles date from 1904 to 1916 and will be riding 3300+ miles. There are around 90 riders and it remains to be seen how many will make it to the finish line in Carlsbad, California. Alas, this is a race of attrition, more than a race of speed — 45-50 mph will be the norm. 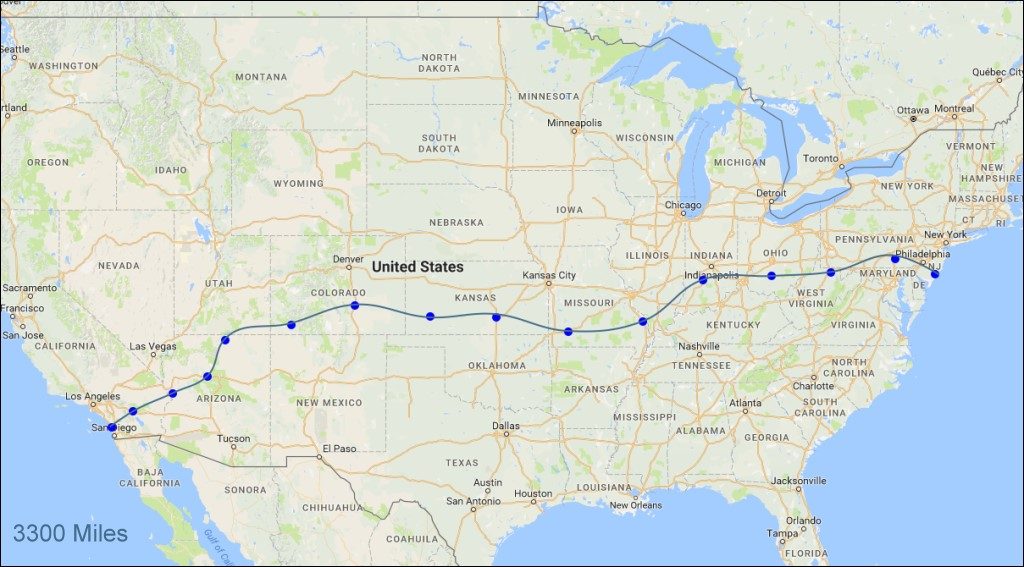 This map shows the route the riders will take in the Motorcycle Cannonball Run.

For this year’s Cannonball we will be providing support to Scott and Sharon Jacobs, and Pat and Cris Simmons, aka, “The Honeymooners”. They are the only two married couples riding in this motorcycle race. “To the Coast Alice!” Hey, we’re talking rock star talent here, and I don’t mean famed Harley Davidson artist Scott Jacobs, or Doobie Brothers guitarist / singer, Pat Simmons;  I am talking about their amazing wives. To be sure there a lot woman motorcycle riders these days, but to ride a 1915 hand-shift, foot clutch, twin-cylinder Harley Davidson across the US is freaking awesome. Of course, this will be the third Cannonball for Cris and the second time on her 1915 Harley “Effie”. This is Sharon’s second Cannonball (her last bike was a 1936 VLH), but this Harley is practically a motorized bicycle compared to the VLH.

The backstory: It was January 2015 when Scott and Sharon got serious about riding the Cannonball again. We went with them to the auctions in Las Vegas where Scott picked up one of his 1915 Harleys, and within a few months he had a second one — a sidecar model from a museum. The two motorcycles showed up in our garage last winter where Ziggy began the process of preparing the bikes for the long adventure. With the original wheels and brakes, and gas headlamps, they were hardly road worthy by today’s standards. While the bikes have to be original in order to compete, safety modifications are required.

Ziggy stripped down and rebuilt both of the motorcycles. The engines and transmissions were gone though — worn out parts were replaced; they were repaired, rebuilt and road tested. Both rear wheels were redone with better rims, road-worthy tires, new spokes, and a modified rear brake with Honda brake shoes. Both front wheels were also rebuilt — new rims, tires, spokes and front brakes were added, since none previously existed. Ziggy even made his own spark plug adapters to go from 22mm to 14mm. Now the bikes run with modern plugs. Headlights, mirrors, a wider seat and ball horns were installed. The clutches were also rebuilt with some new clutch plates. Shift mechanisms were repaired. New magnetos were installed. Custom side stands were fabricated. A special engine stand was fabricated. The list goes on. 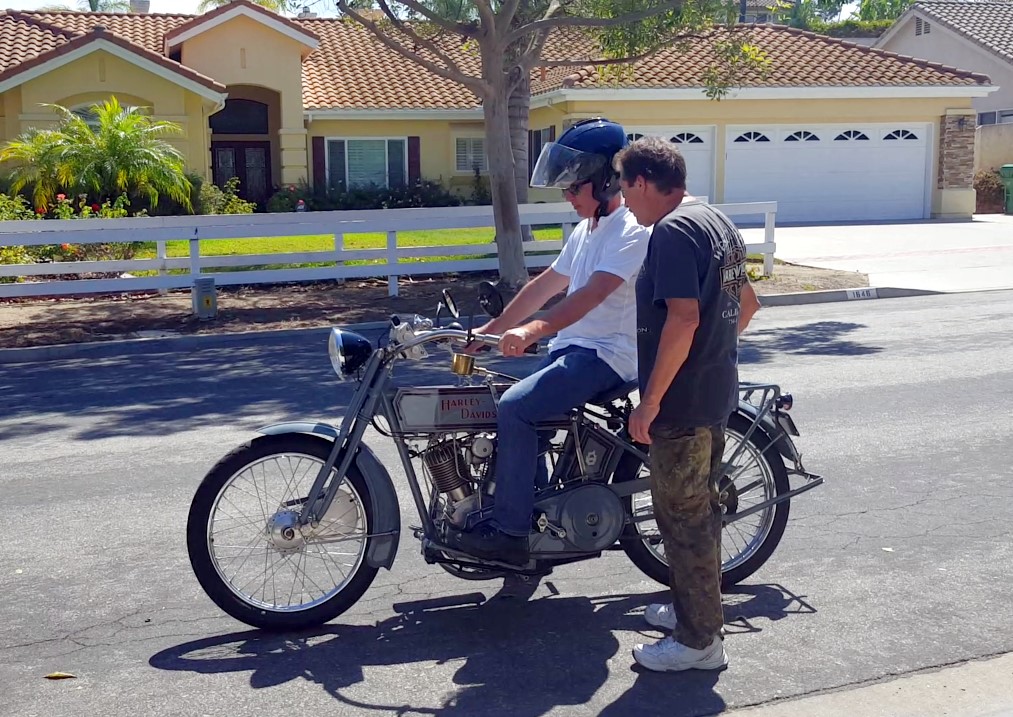 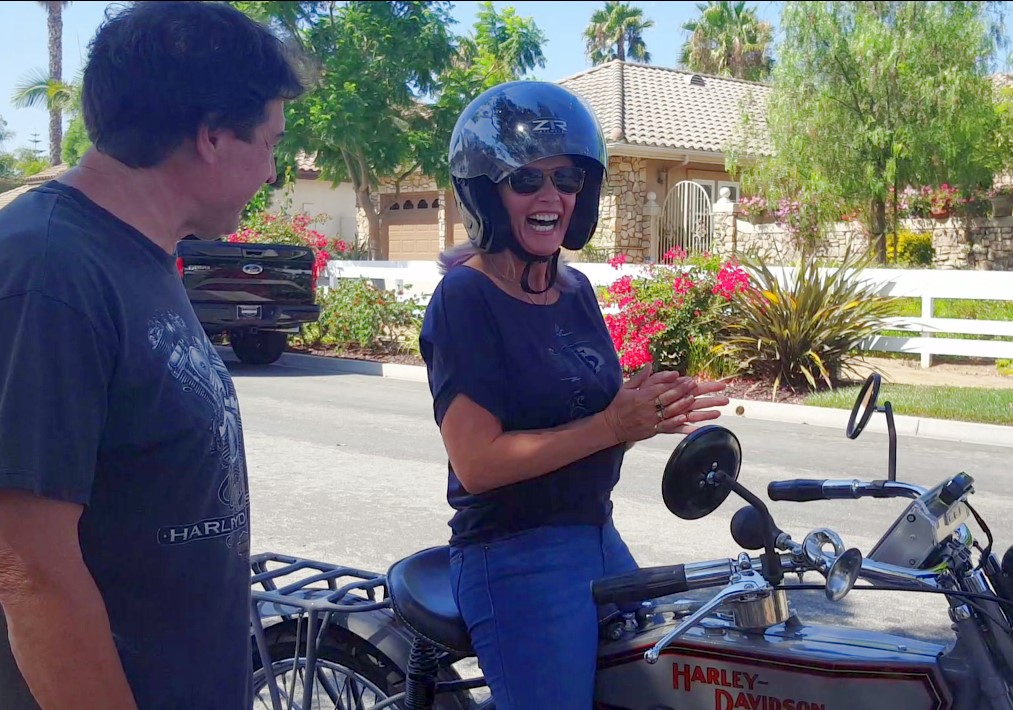 Sharon Jacobs is ecstatic — “it was so easy” — she said of her first ride.