This was the longest, hottest stage by far. The morning started off with fog; a reminder of two years ago in Kansas for the 2014 Cannonball, but then the temperature was 37 degrees. The morning started off around 57 – 60 degrees and slowly climbed throughout the day to the low 90s. It was grueling for the riders. This would be Ziggy’s first official miles on the Cannonball, as he became a substitute rider for Sharon Jacobs on bike #81. (Thank you Sharon for letting his ride your motorcycle, “Dakotah”.) 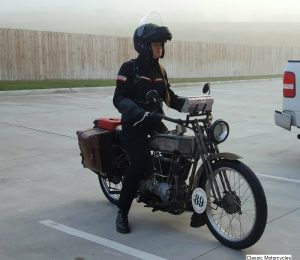 Cris in the early morning fog. 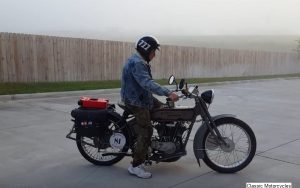 Once again the crew had to leave extra early because we would be sharing the same road with the riders, so under those circumstances we miss the start of the Class III riders, which includes Cris and Ziggy. We caught up with a couple of the Class I riders and we always seem to see Dean Bordigioni. Images below are from on the road. Lots of brick buildings in the Midwest. 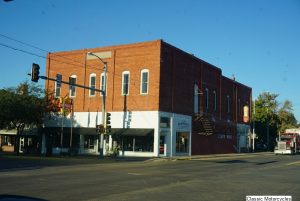 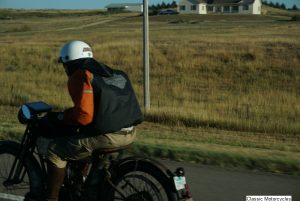 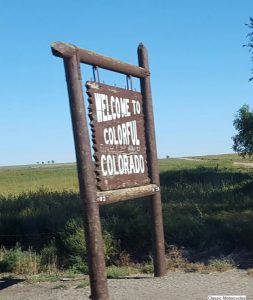 The crew got into Pueblo, Colorado early and walked around downtown and had lunch along the River Walk. Nice town. 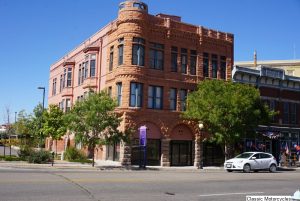 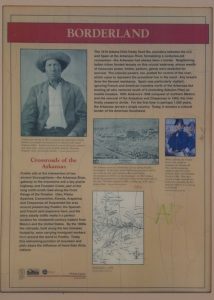 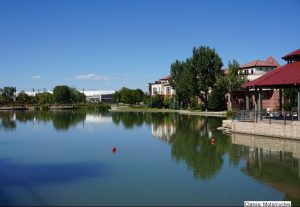 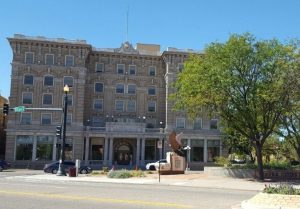 Then began the anxious waiting time for the riders to come in — or did they break down? I usually pick out a spot early so I can take photos as they arrive. Today I waited over an hour by a friendly statue of a cat and child, and wasn’t disappointed when Ziggy and Cris rode in successfully for full points. 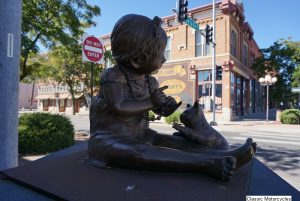 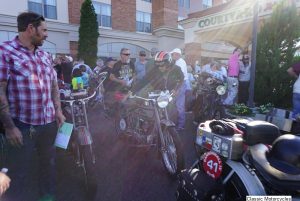