Awesome views, high desert, canyons, and then unfortunately rain and fog for the main event — the Grand Canyon. Since rain was forecast several riders started out in rain gear, others thought they would wait and see. Cris was relaxed chatting with others. That ponytail is recognizable anywhere. Ziggy on #81 borrowed Scott Jacob’s rain gear since he had none of his own. (He had not planned on riding.) Last pic of the three below is of Doug Wothke #88, always smiling. 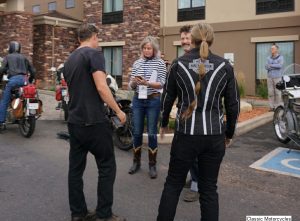 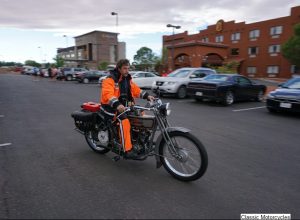 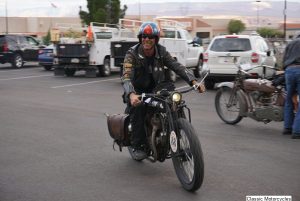 The drive along the 89 southbound was beautiful. The sun was still shining and the landscapes were breathtaking. It looked like most riders were doing well. I snapped photos of various riders and the views. Top row is, of course, Dean Bordigioni #13, next rider is Richard Asprey on a Norton #77, followed by Excelsior rider and owner of the Twisted Oz Museum, Kelly Modlin #24, and the last two are Jersey John on a Thor #45, and Doug Feinsod, also on a Thor #18. 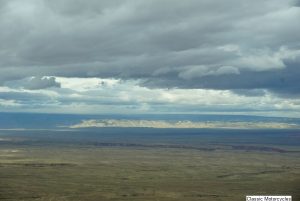 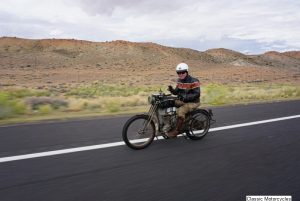 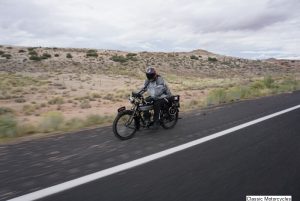 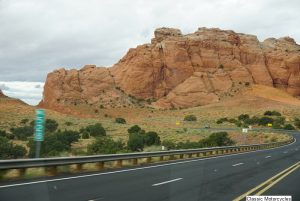 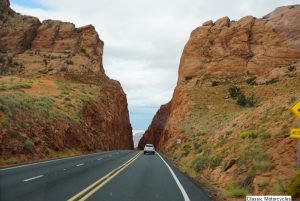 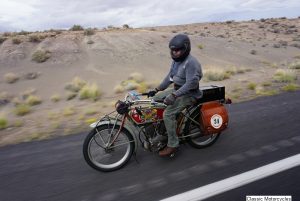 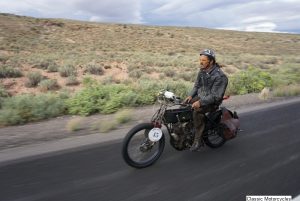 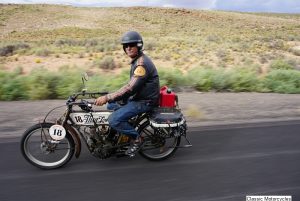 The Grand moment came, but was unfortunately not so grand. The Grand Canyon was socked in with fog and rain, and proved to be a less than enthusiastic 8-mile detour in traffic and rain for the riders. The best part was the wildlife. The elk took their time crossing the road and one even drank out of a small puddle. The master of the herd with the big rack was nearby in the forest. 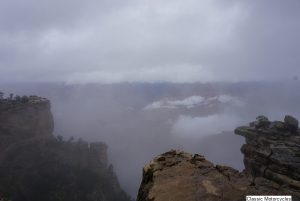 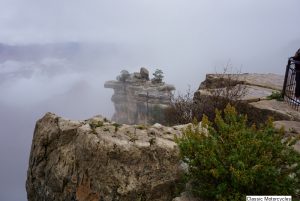 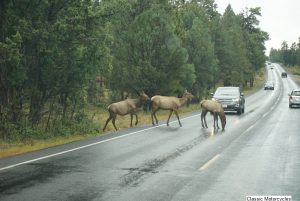 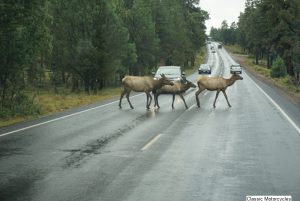 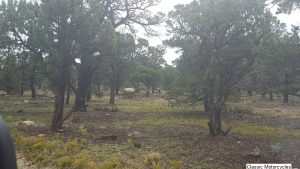 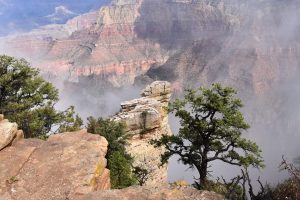 For those who were not under time pressure, the clouds eventually lifted for this gorgeous view of the Grand Canyon. Photo by Paul D’Orleans.

The best part of the day was that most riders got all their miles, and came in safely. I liked Cris’ comment when they asked if she had all her miles, she answered, “I got all my miles and I got a shower too.” There was one medical issue today, rider Chopper Dave Monson #9, had some heart issues and was taken away via ambulance. Speedy recovery Dave. 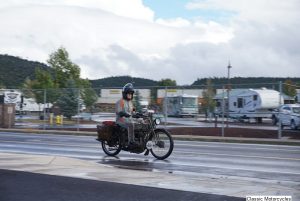 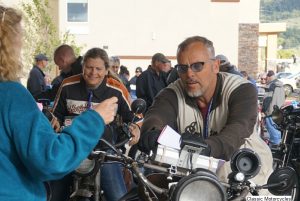 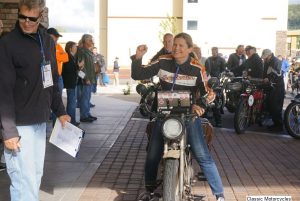 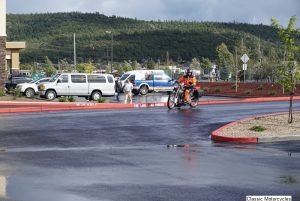 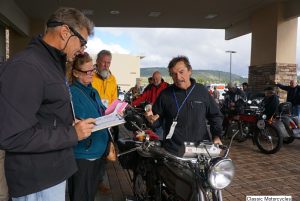