The morning was clear and comfortable. After reviewing the scroll chart directions, many riders opted to bring extra gas since there were, in some cases, more than 85 miles between gas stations. Most of these old bikes can only run about 48-52 miles on one tank. A spare gallon was not enough, so both Cris and Ziggy added an extra Rotopax container to their saddlebags to ensure they would make it the whole distance. The ride would take them over the Parker Dam and then through Joshua Tree National Park. Some of the photos below: Frank Trapp in the early morning, Ziggy and Cris waiting for the start, Shinya and his team, Linda Monahan on her Indian, the German team, Spitfire – our Cannonball nurse – and Cris, and the last picture is Jersey John on his Thor. 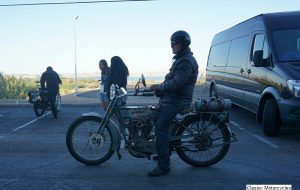 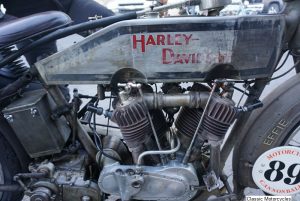 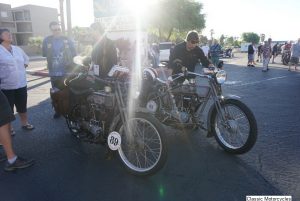 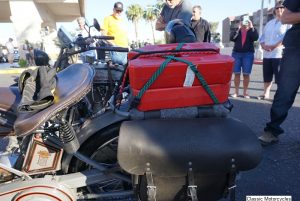 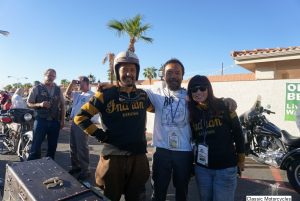 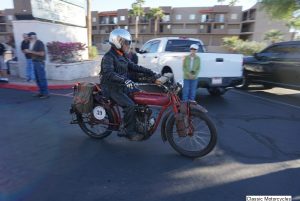 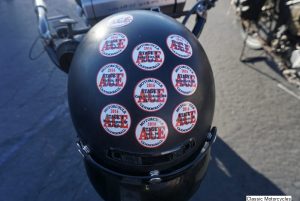 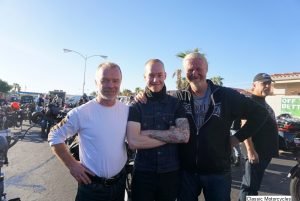 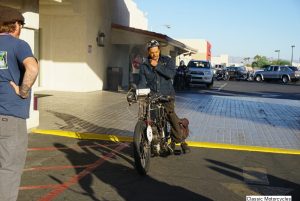 For the crew, the sight-seeing route to Joshua Tree was not on our list. We drove down to Parker and straight onto the 10 freeway. Oh well, at least the drive to Parker was interesting. 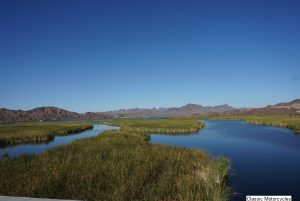 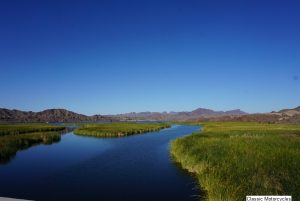 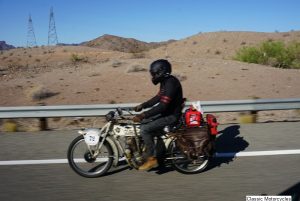 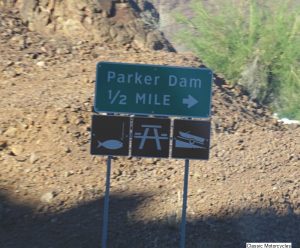 After setting up shop at the hotel, our usual procedure, the crew waited out the arrival of the riders. We didn’t hear much — so no news is good news. Ziggy managed to come in early. He and Cris got separated after the hosted lunch. About 15 minutes later Cris came in for her full miles. Let’s see if she’s picked off another one to move up the winner’s list?!  Ziggy has Sharon’s bike dialed in and has ridden 5 full stages with #81. Below are photos of the riders arrival at the final check-in point for stage 14. 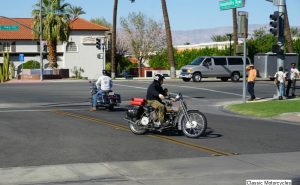 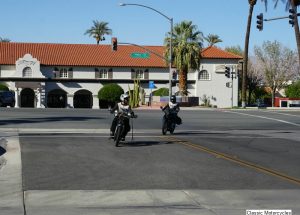 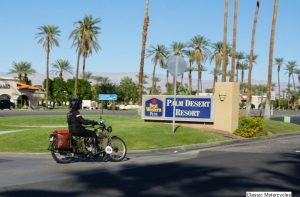 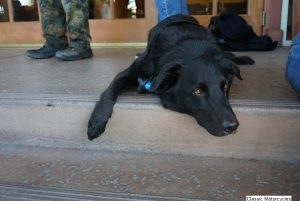 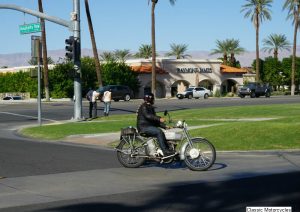 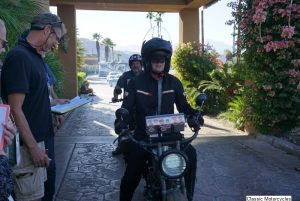 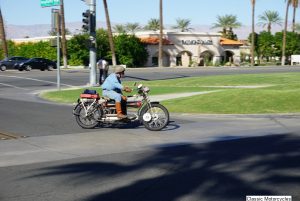 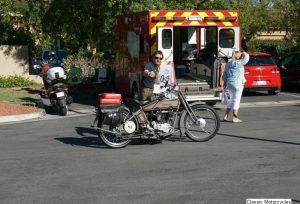 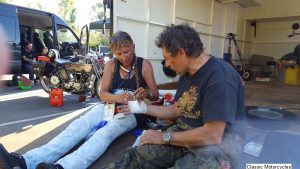 Ziggy burned his hand on hot oil on the previous day’s ride. In the photo above Spitfire is dressing his wound. She rode on her newer-model Harley behind the riders tending to all of their medical needs, and there were many. 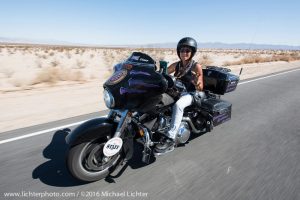 Spitfire out on the open road, following the Cannonball riders, to tend to their medical needs. Photo by Michael Lichter.