The Nuovo Falcone (new falcon) was a redesign of the original with a flat single cylinder 500cc engine. It has a top speed of about 85 mph. It didn’t take off like its predecessor, with only 26 HP and 450 pounds, but it was used by every police department in Italy who appreciated its ability to carry extra weight — police gear, luggage, leg shieds, etc. The dark blue paint is the original Carabinieri, Italian Police, color. This one came with the leg shields, which was standard to the model, but they aren’t mounted in these pictures. Many of the Guzzi bikes were named after birds, i.e., Falcone for falcon, Airone for Heron and Galetto for rooster. 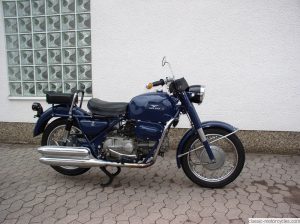 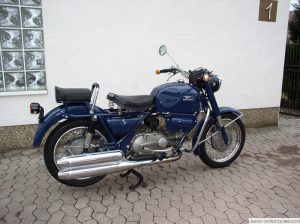 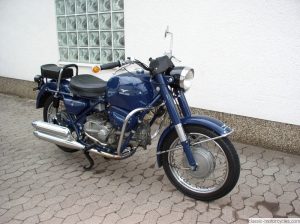 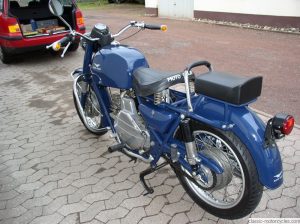 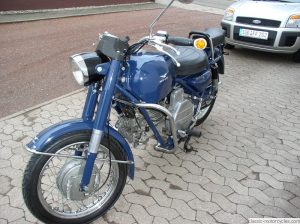 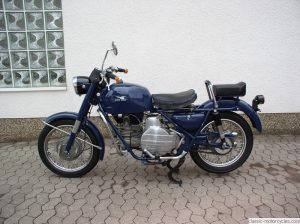 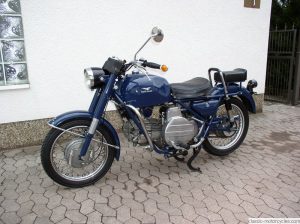 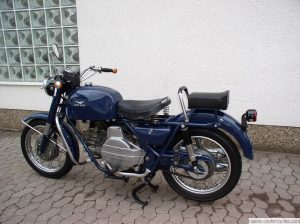 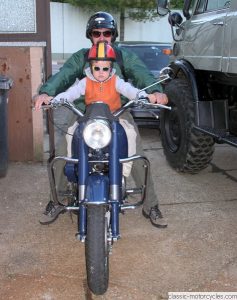 Our son liked riding on the front of this motorcycle when he was small.