The Firefly is a clip-on 45cc motor built by Vincent HRD in 1953. We just recently completed work on two Vincent Firefly motors, each mounted on a vintage Triumph bicycle. Cool stuff. When the Firefly came out in its day, it was shunned by the “World’s Fastest Vincent” crowd. But as the Firefly was built for only 3 years, it is now a must-have for any Vincent motorcycle collector. Here a video the Firefly running from our YouTube channel: 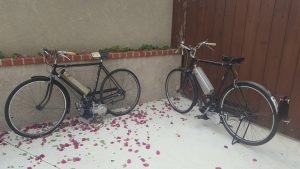 The tank on the left bike above is slightly wider as it was designed for a woman’s bicycle; the one on the right is narrower for a man’s bicycle. 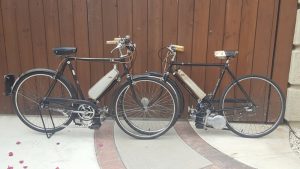 Below are photos of the first Firefly that we completed — the one with the narrower tank for a boy’s bike. The bicycle is also more complete with a center stand and license plate holder. 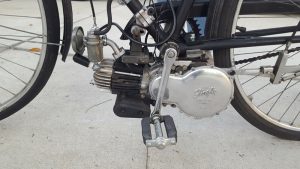 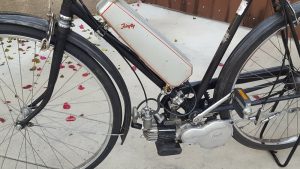 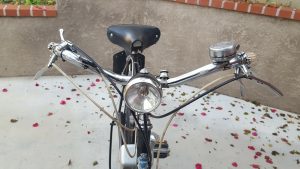 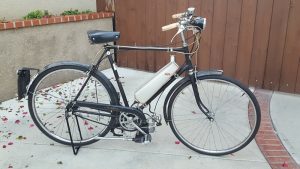 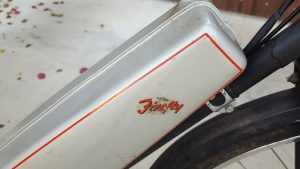 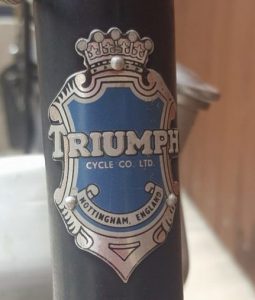 The second bike we completed is pictured below. It is very rear to have two Vincent Fireflies. The Triumph bicycles they are mounted on are period correct. 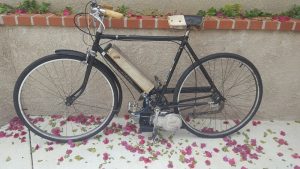 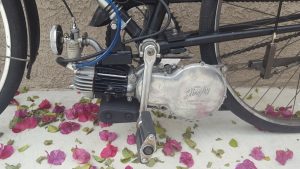 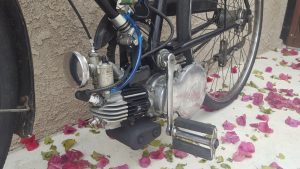 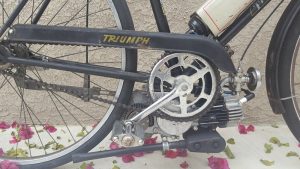 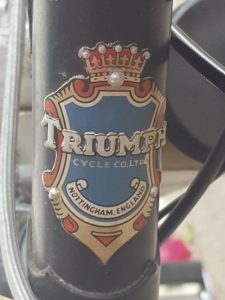 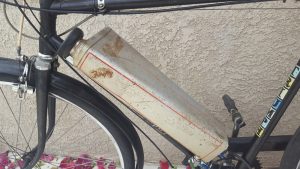