We prepared two 1915 Harley Davidsons for the 2016 Cannonball, dubbed, “The Race of the Century.” A lot of work went into making these bikes road worthy for a 3,400 mile journey.  They are both 1915 V-twin 3-speed motorcycles. They are basically original, but with numerous safety modifications per the Cannonball rules.

These motorcycles were stripped down and rebuilt. Both engines and transmissions were gone though — worn out parts were replaced,  and they were repaired, rebuilt and tested. Both rear wheels were redone with better rims, road-worthy tires, new spokes, and a modified rear brake with Honda brake shoes. (The old Harley band brake did not work well.) Both front wheels were also rebuilt — new rims, tires, spokes and front brakes were added, where none previously existed. We even made his own spark plug adapters to go from 22mm to 14mm, so the bikes can run with modern plugs. Headlights, mirrors, a wider seat and ball horns were installed. The clutches were also rebuilt with some new clutch plates. Shift mechanisms were repaired. New magnetos were installed. Custom side stands were fabricated. An engine stand was fabricated. The list goes on.

The first pictures below are of the bikes stripped down and being rebuilt. 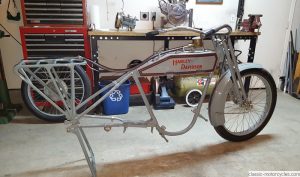 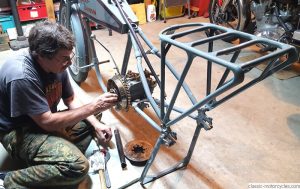 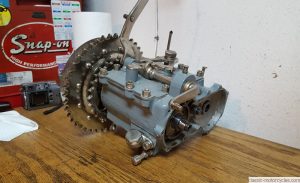 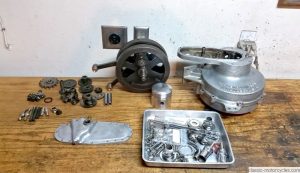 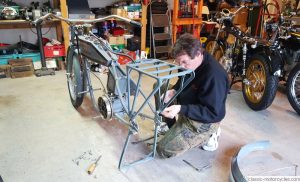 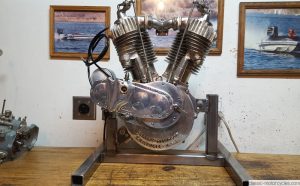 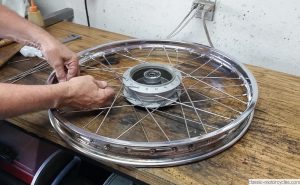 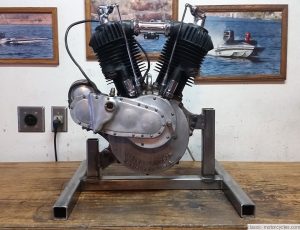 And now the finished products. 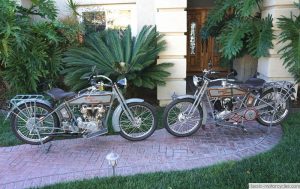 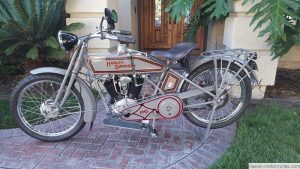 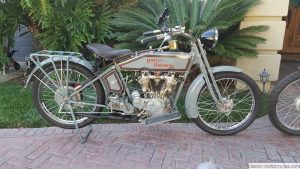 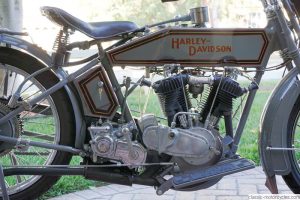 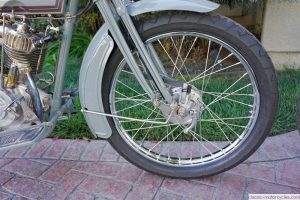 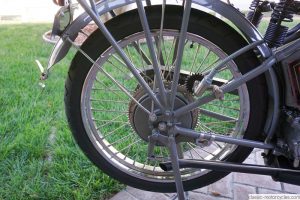 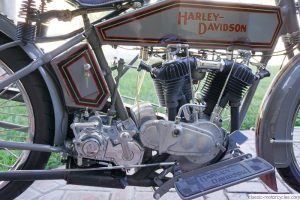 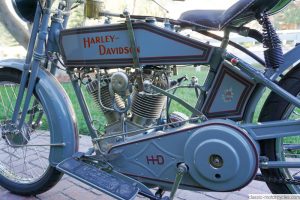 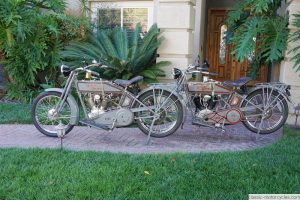 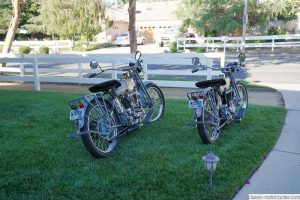 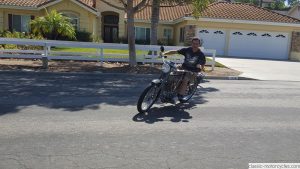 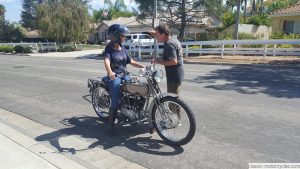