This beautiful collector’s bike was burned in a fire. The before and after photos are astonishing. The marque is known as FB Mondial, which is short for “Fratelli Boselli Mondial”. They began building 2-stroke and 4-stroke ohc engine motorcycles in 1948, and had success on the Gran Prix circuit in the 1950s. They were considered low-volume manufacturers, focusing more on quality competition machines. They produced motorcycles through the 1960s. This is a beautiful example of an FB Mondial 125. 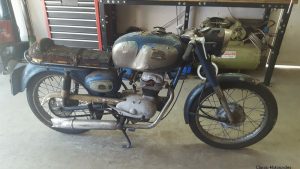 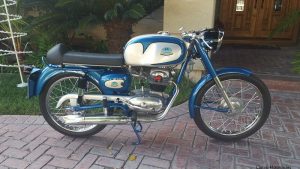 Below are photos of the bike after restoration, with a few taken during the final assembly. 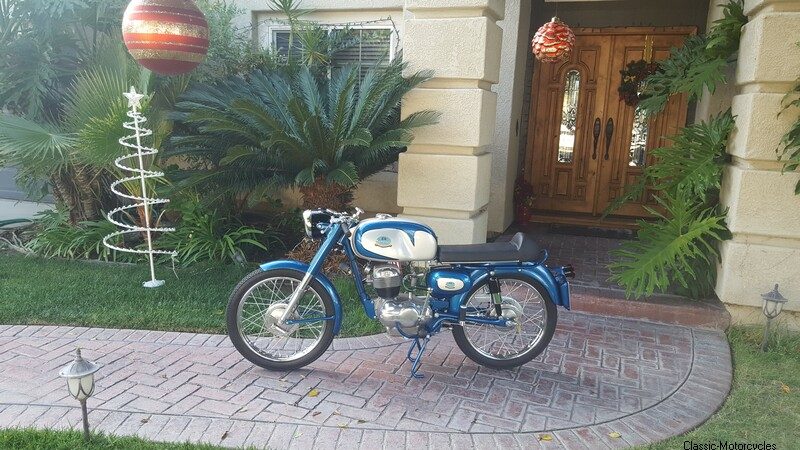 Restoration complete and under the Christmas tree! 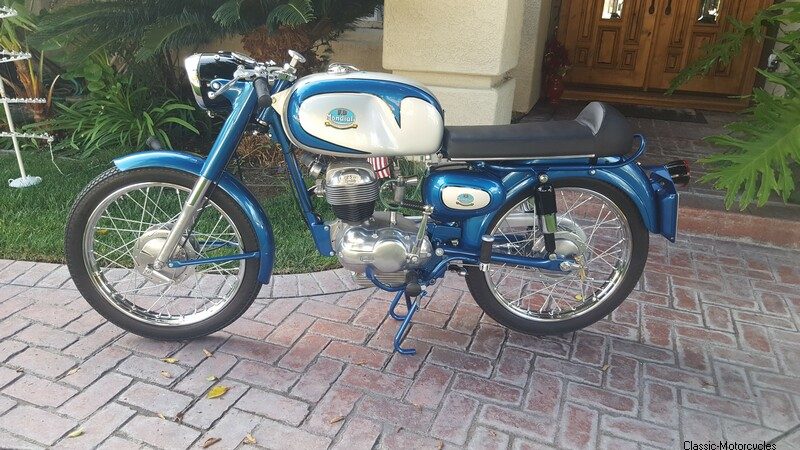 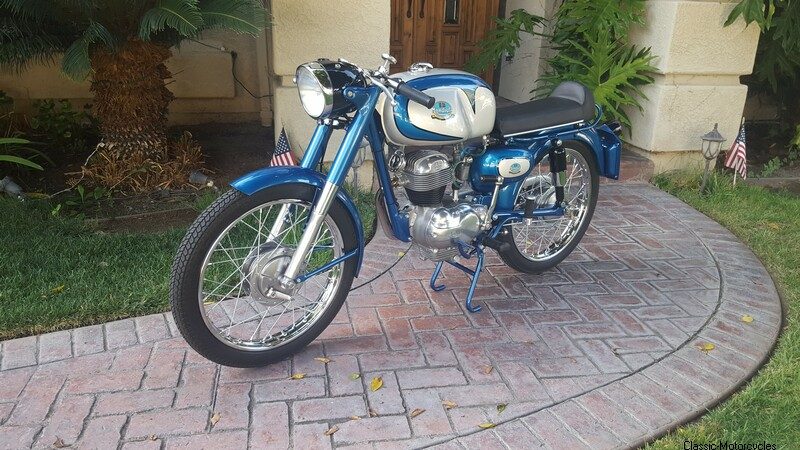 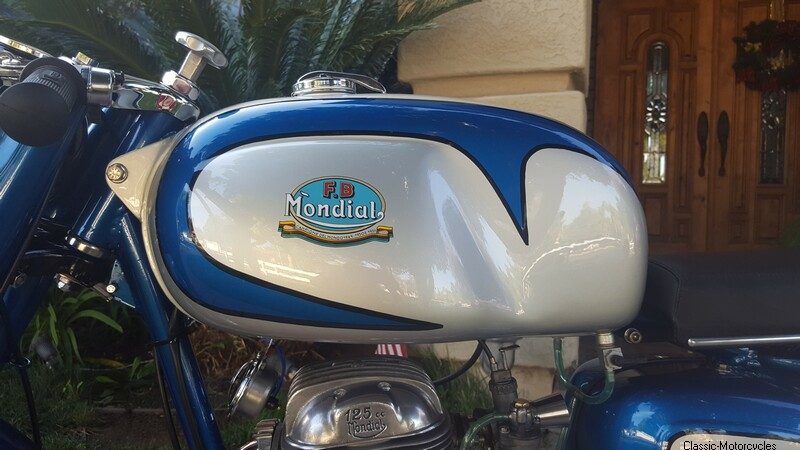 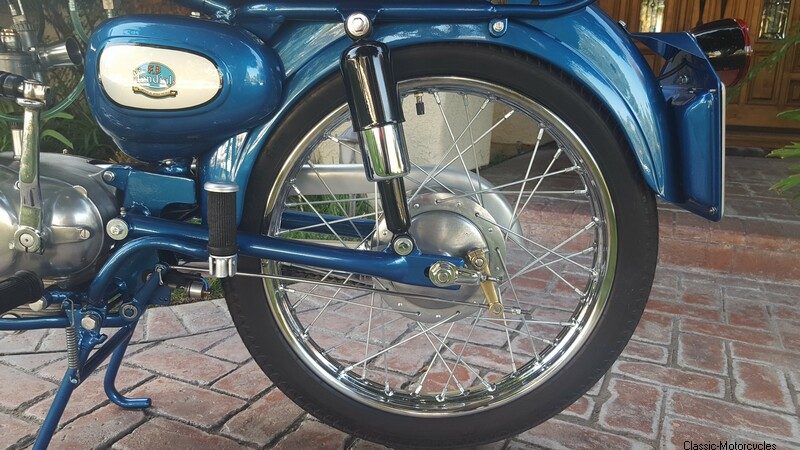 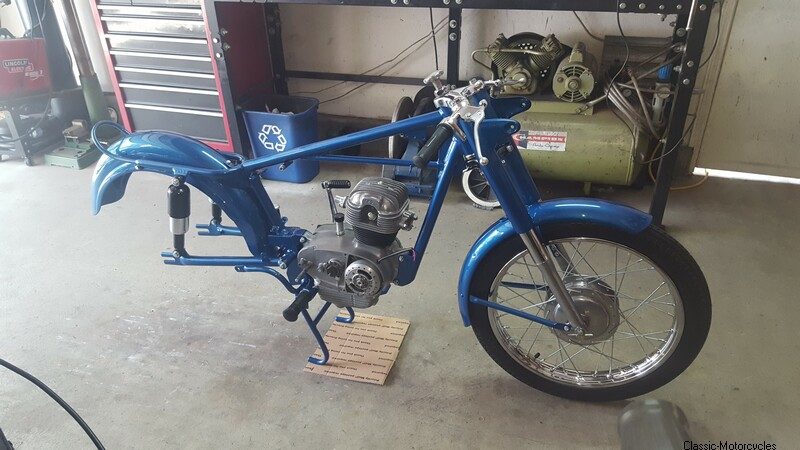 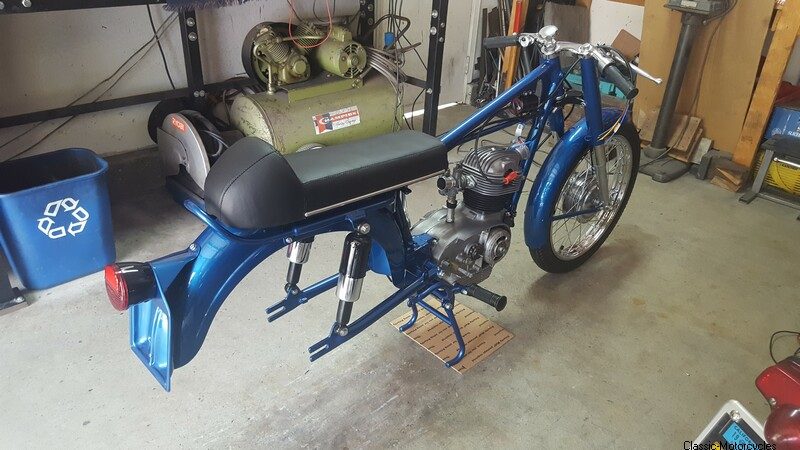 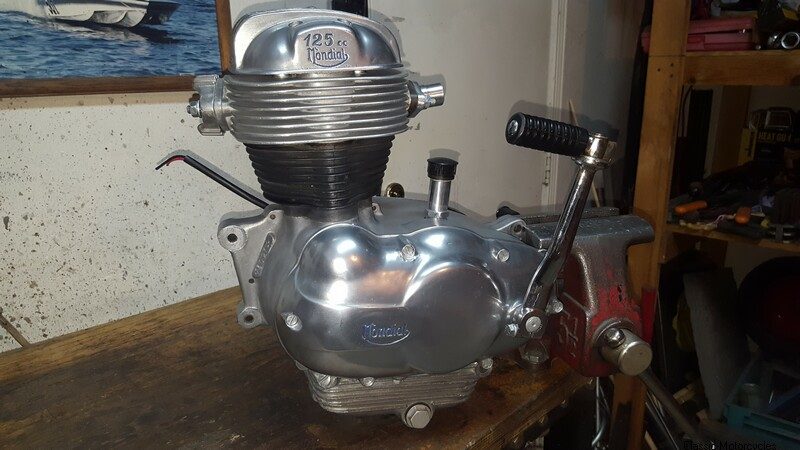 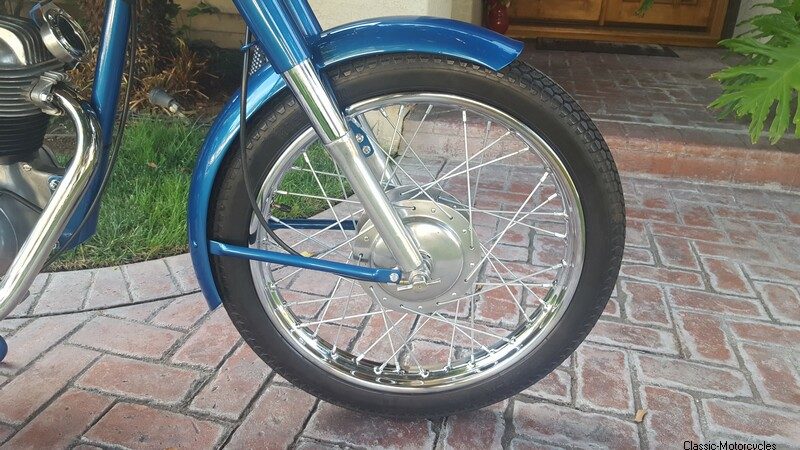 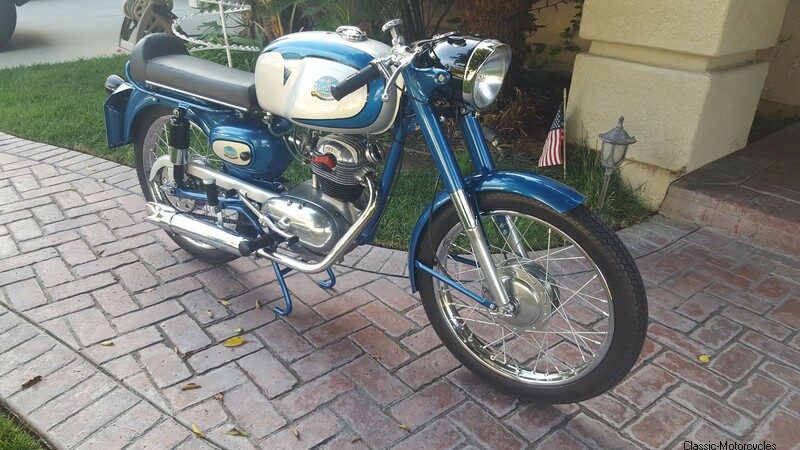 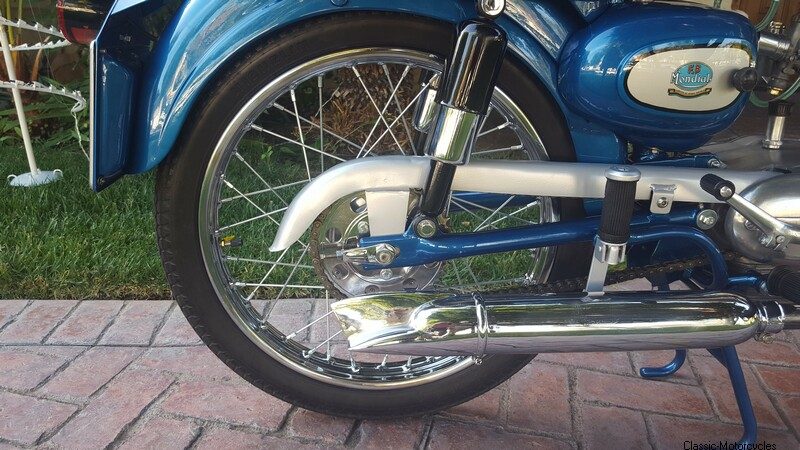 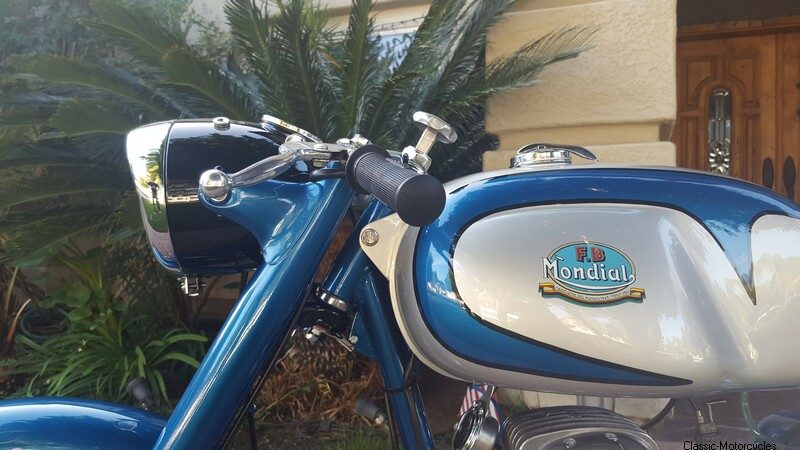