The Model 125 was first introduced by Harley-Davidson in 1947. The 125 cc two-stroke engine had a three-speed foot-shift transmission. Harley began producing the Hummer in 1955, but most folks refer to all of the early small models as Harley Hummers. This motorcycle was a family “keepsake” that required a full restoration.

You can see the before and after work on the tank photos below. 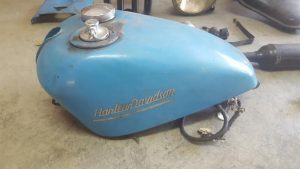 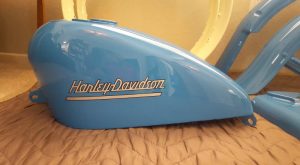 This motorcycle originally came to us in pieces. You never know if everything is going to be there. Here are photos during the assembly and after the restoration. 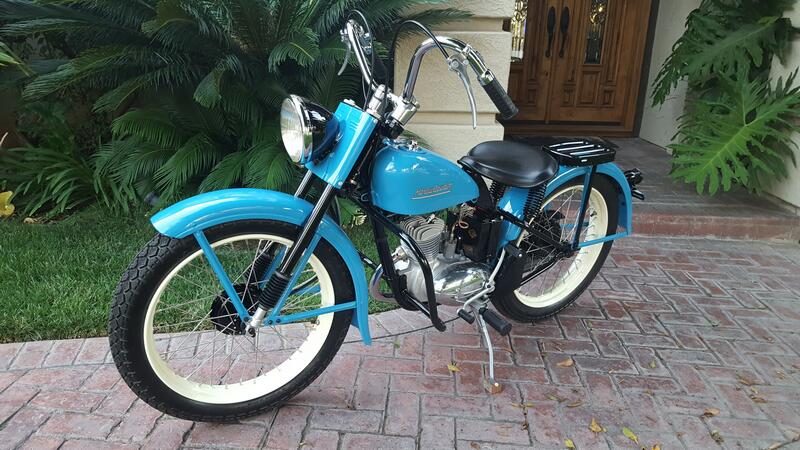 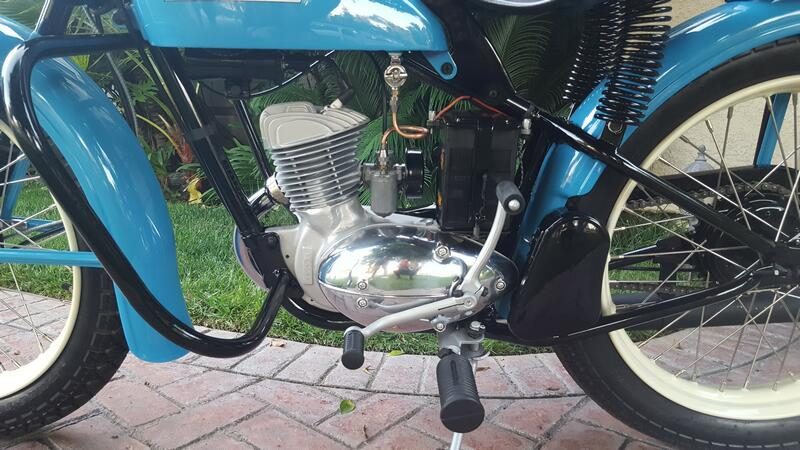 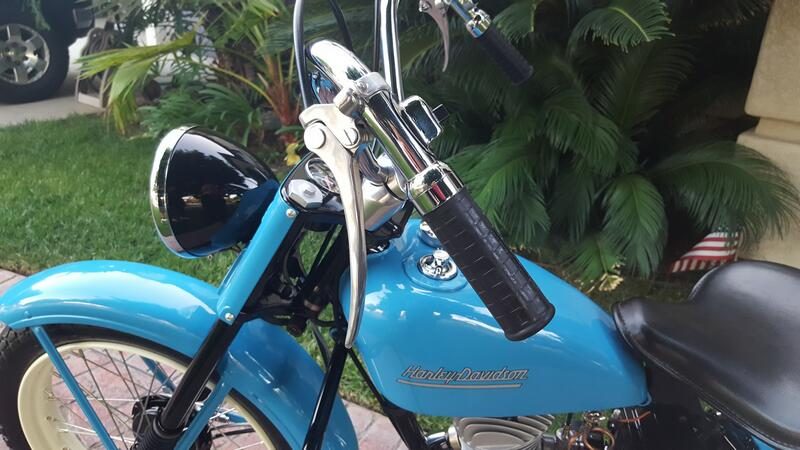 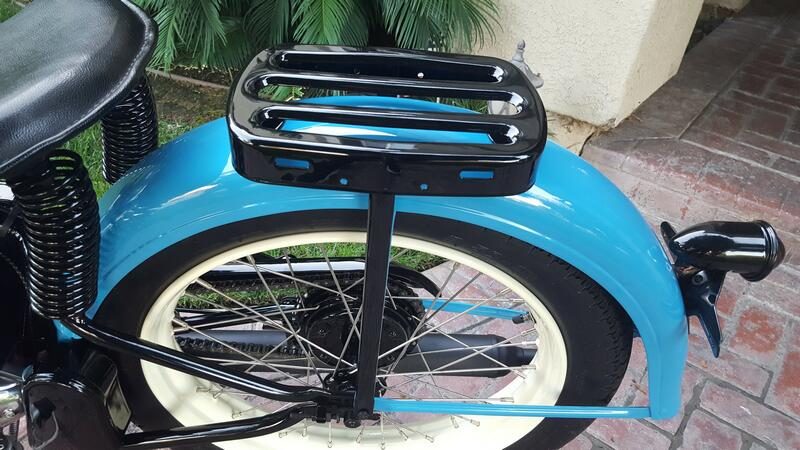 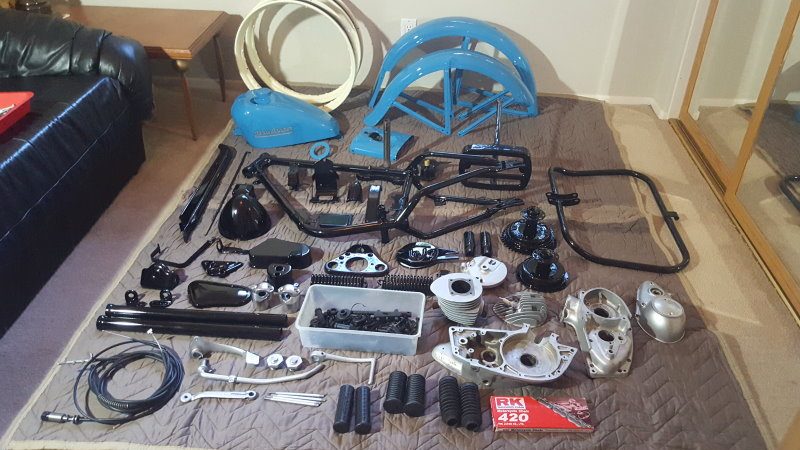 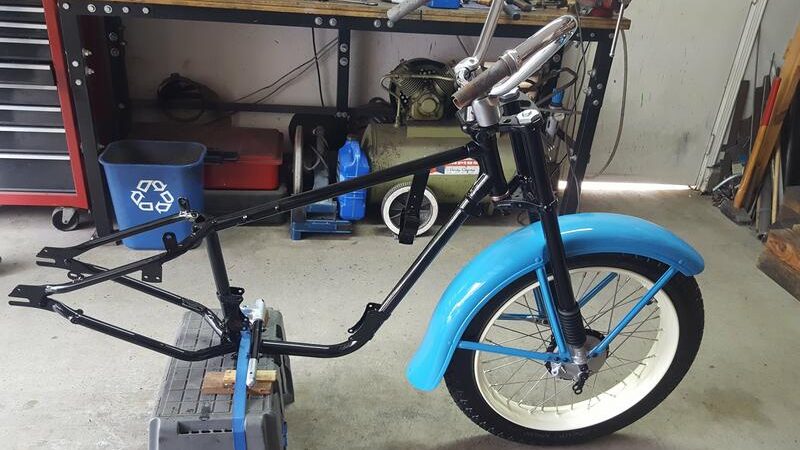 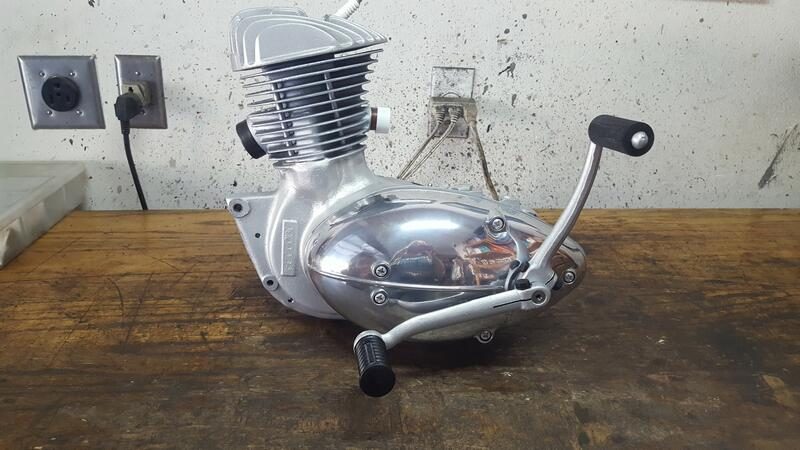 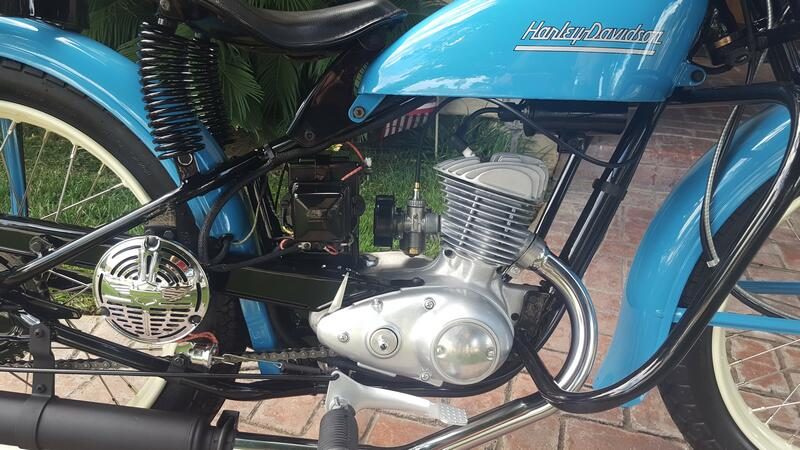 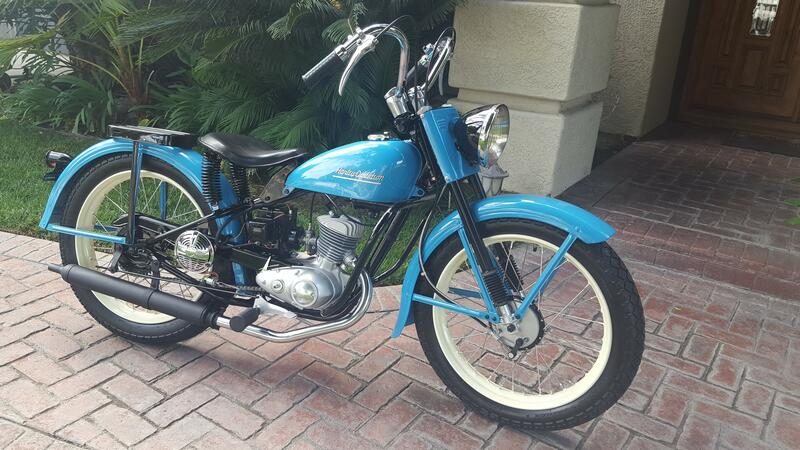 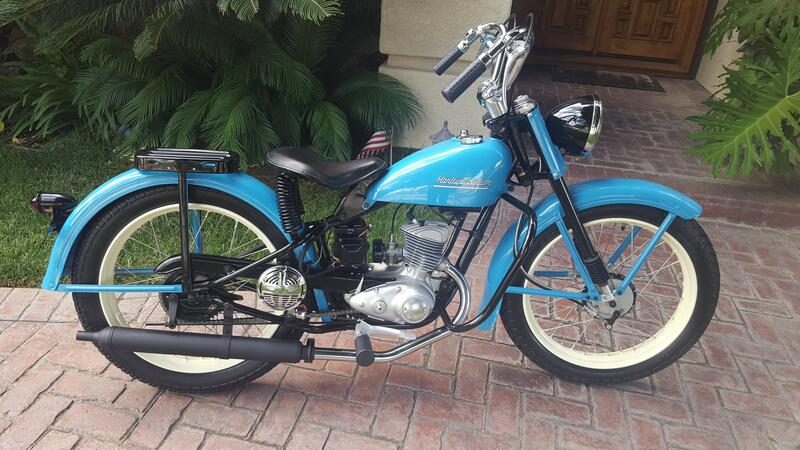 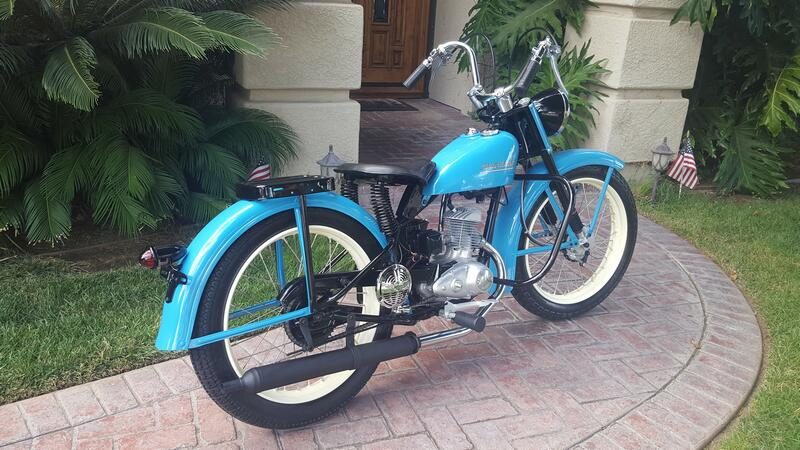 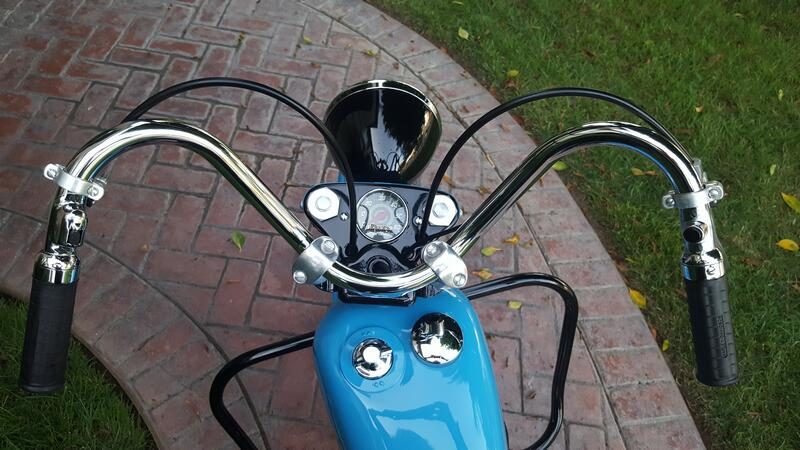