This 1948 panhead is owned by artist Scott Jacobs. It was bought at auction in 2015. It is a very similar bike which is found in a painting of his, titled “Panacea”, which is why he purchased it. It was in rough condition when he bought it, and Ziggy has been his go-to guy on all of his Harley Davidson motorcycles.  Ziggy did a lot of work on the exhaust, toolbox, tank, wheels, etc. to prepare the bike for display in Scott’s gallery in Deadwood, SD. 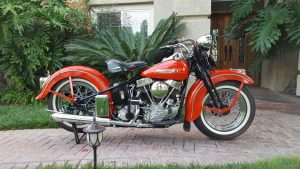 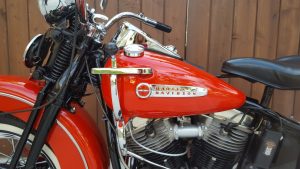 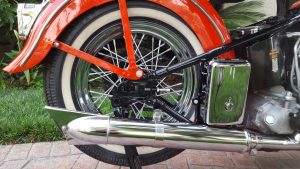 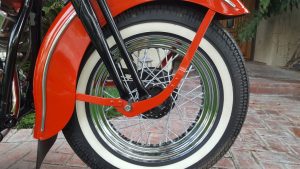 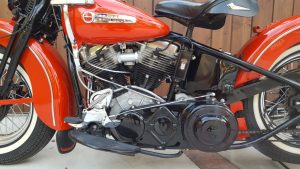 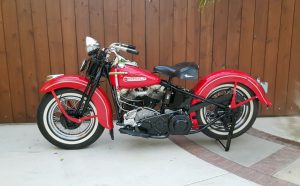 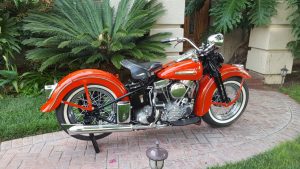 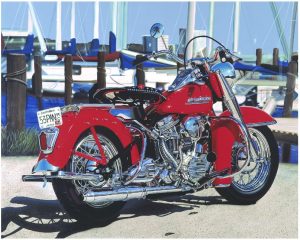