Rest Day — We find ourselves in Junction City, Kansas with a day to collectively catch our breath. It is unusually cold right now and wrenching outside makes for a lot of cold fingers. For those who are not wrenching, laundry is in order. I am not sure why they called it “rest day” on the schedule, because honestly many riders found themselves wrenching or testing their rides.

The big talk are the standings. The race standings are dependent not just on how many successful miles you have ridden, but also on the age of your bike and the engine size. Engine size determines what class you are in. 700cc and under is Class I, 700-1000cc is Class II, and over a 1000cc is Class III.

Images from today, our “Rest Day”. 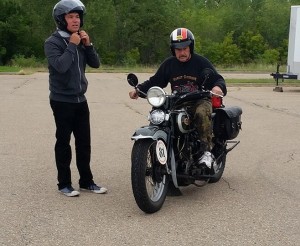 Testing Sharon’s bike, “Frankie” after more adjustments. Scott helmets up to test his too. 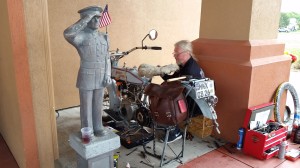 Some chose to wrench out of the wind by the hotel door. Thomas Trapp of Germany makes repairs on his 1916 Harley Davidson F. 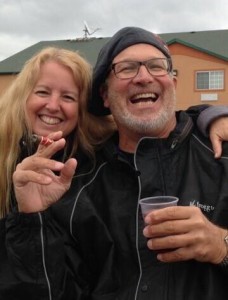 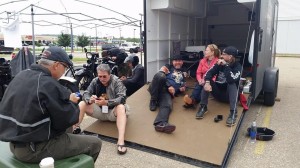 The team family hanging out at the trailer. The guys check the standings on their phones. Tom (with his back to us), Kurt, Robert and his wife Sharon, and Chrystiano sitting on the trailer. 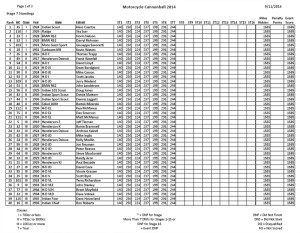 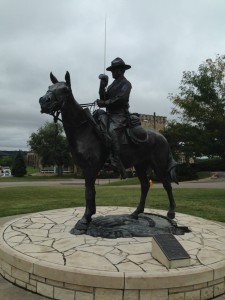 Friends who rode with the Cannonball — Kurt and Tom — took the tour at Fort Riley. 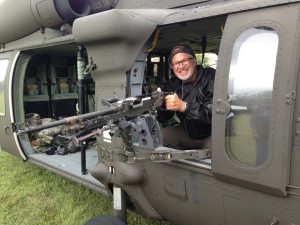