Stage Thirteen — Today’s stage ended in Meridian, Idaho. It was a 257 mile journey from Elko, Nevada to Meridian. To date, the total distance traveled by the riders is 3269 miles. The strain is showing on Team Vino. Sharon is having trouble kick starting her bike — a sticky valve had her basically running on one cylinder making it hard for her to start. Scott laid his bike down in a soft shoulder and broke a brake cable, and ignition switch. Pat ended up on the breakdown bus. But despite the malfunctions and other minor miseries, like rain, hail and extreme heat, all of Team Vino came in with perfect scores. Cris Simmons completed the ride as well, coming in ahead of the pack after Pat broke down. We solved the problem. It turned out to be a loose steering head creating a dangerous front end wobble.

The strain was felt on other riders as well, because when the standings came out late in the evening, everyone had gone up a notch or two. Here are images from today, Stage 13. 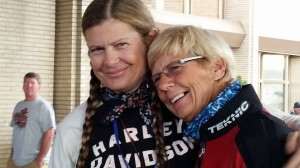 Two of the four women riders on the Cannonball — Cris Simmons and Dottie Mattern — show a little support. 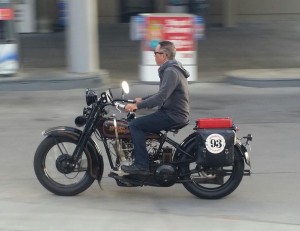 Scott makes a gas run in the early morning. 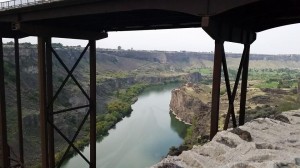 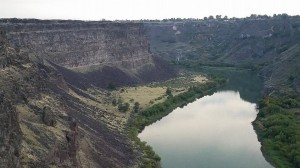 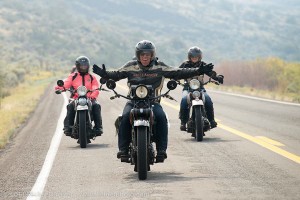 Scott and Sharon riding on the way to Meridian.
Photo by Michael Lichter. 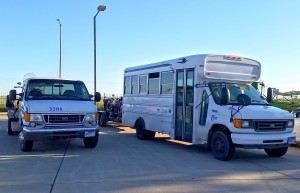 The dreaded breakdown bus. Riders stuck on the short bus had to put their signatures on the “wall of shame”. 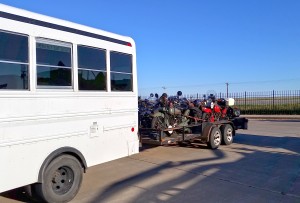 The trailer behind the bus. This was one of two trailers. On bad days both trailers were full. I think the record was 15 broken bikes in one day. This photo was taken in Burlington. 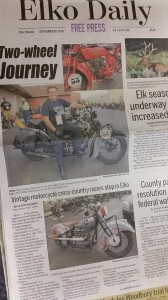 The local press in Elko covered the Cannonball Run.