Stage Fifteen — Today is the second to last stage. This week has gone so fast. After traveling together for two weeks, the Cannonballers have become one big family. Evenings are a mix of wrenching, drinking, dinner and preparing the bikes for the next day’s ride. On the flip side, with only two stages left the riders are hoping to improve their scores and the only way that happens is if someone else makes a mistake or breaks down. Camaraderie and competition is what it’s all about. Dean Bordigioni is holding on to 1st place in Class II (after a disastrous stage 14 for previous leader Thomas Trapp), and Scott Jacobs is in 3rd place in the same class. The difference between the two is simply the age of their motorcycles — Dean’s is three years older.

This stage went from Lewiston, Idaho to Yakima, Washington for a total distance of 244 miles. The day was sunny and the ride took us through the rolling farmlands of eastern Washington.

Below are images from Stage 15. 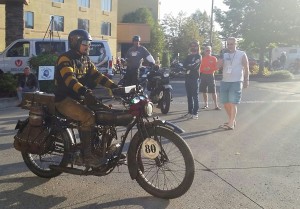 Shinya Kimura takes off on his 1915 Indian 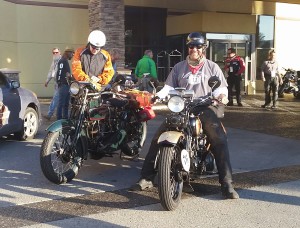 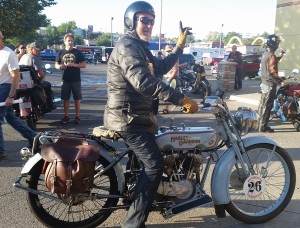 Thomas Trapp of Germany had been in the lead for Class II. But yesterday he had magneto problems and found himself on the breakdown bus. That put Dean in the lead. 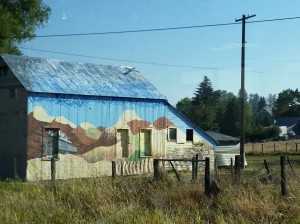 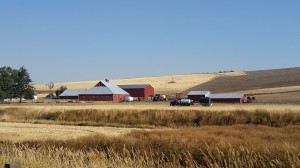 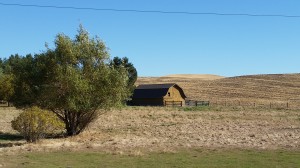 The three photos above show the rolling hills and endless farmland of eastern Washington. 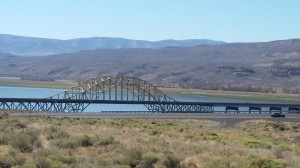 The bridge over the Columbia River at Vantage, WA. This was near Yakima where the stage ended. 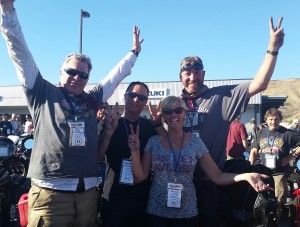 Once again a perfect finish for Team Vino.

With only one stage left to go, emotions ran high. Hugs were in order. We all felt a
mixture of happiness, relief, tiredness and appreciation for one another. 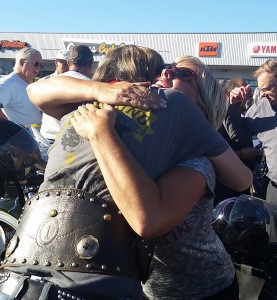 The ladies — Cris and Sharon. 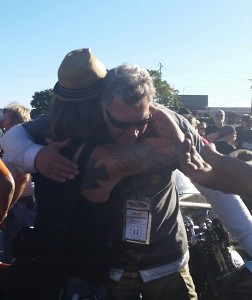 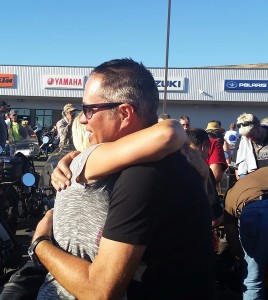