Stage fourteen kept us in Idaho winding our way north from Meridian to Lewiston. The finish line was at the Hells Canyon Harley-Davidson. When I first read the name “Hells Canyon” I assumed it was simply a cool Harley dealership name. But in fact, Hells Canyon is a location. The 284 mile ride took us up the US 95 through the Payette National Forest and along the Snake River through Hells Canyon (and its tributaries the Payette and Salmon rivers). It was a beautiful drive. Idaho is a state full of natural beauty.

For our riders, in particular Scott and Dean, both of whom have perfect scores, it was a nerve-wracking ride. Would there be a last minute breakdown like the Cannonball of 2012? Everyone was all smiles, but the nerves were evident.

Because of the long distance, the ride began early. It was still dark out as the riders suited up. As I liked to say, it was zero dark 30. 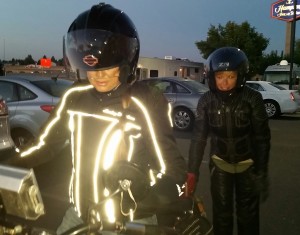 Sharon gives Cris a push to the line up. It was still dark out and I had to use the flash, which reflected off her jacket. 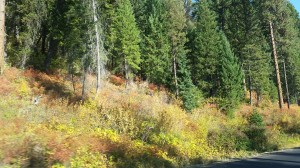 The ride began in the Payette National Forest. 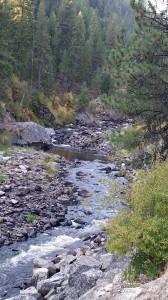 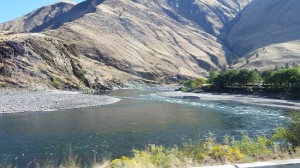 And then continued through Hells Canyon
along the Snake River. 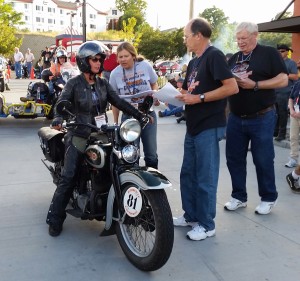 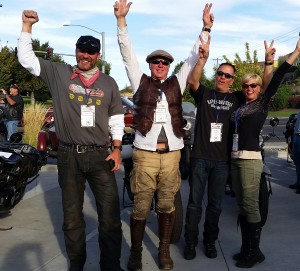 Local press about the Cannonball from Lewiston, Idaho.