The Las Vegas motorcycle auctions are one of the biggest gatherings of motorcycle aficionados in the US. Buyers, sellers and motorcycle lovers of all kinds come together to appreciate the classic machines up for sale. It is a three-day adrenaline rush, and meet and greet for all.

We sped up the I15 to Las Vegas from San Diego making it to the Bonhams auction first at the Bally Hotel. The auction began with the sale of beautiful collectible motorcycle art, including Jeff Decker’s Bronze sculpture “Flat Out” which depicts the famous Rollie Free riding a Vincent HRD at the Bonneville Salt Flats. We had the pleasure of visiting Decker’s Studio in Utah while on the Cannonball Run.

About 230 motorcycles went through the auction, as well as a number of unique cutaway motors and a complete BSA B34 Goldstar Clubman cutaway motorcycle that demonstrated its inner workings at the flip of a switch. They also had a Lightning Rocket 650 cutaway. 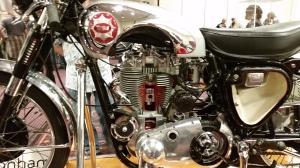 Here are a few notables from the Bonhams Auction: 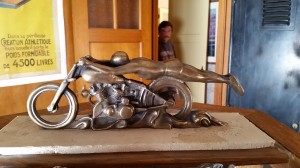 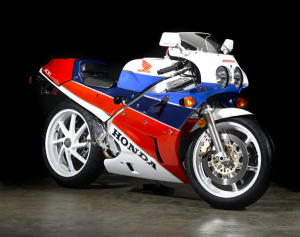 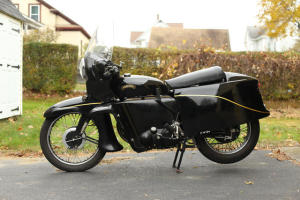 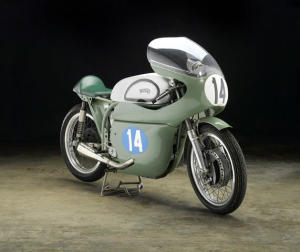 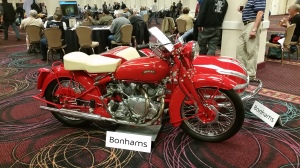 I believe the Bonhams auction broke records this year with sales around 4.47 million. There were nine Vincent motorcycles at the auction, and with prices like those achieved above, it is no wonder.

We left Bonhams just before it closed to make our way over to the South Point Hotel where the Mecum auction was underway. Previously it was run by Ron Christenson of Mid America. Ron was there handling the telephone bids. I believe that Mid America was essentially acquired by Mecum.

There were many more motorcycles — 750 to be exact — up on the auction block at South Point. It was also a great gathering of friends. We saw Tim and Julie Henry, who first introduced us to the SoCal motorcycle scene by inviting us to the Del Mar Concours in 2010. We saw friends Mike Vaughn, Marc Lemmieux, Mitch Talcove, Yoshi of the Garage Company, Mickey and Pam Luerkin, Balz Renggli of Moto Forza, Tim Stafford, Bill Ross — our crazy Guzzi Salt Flat racer, the Klemm brothers — Harry and Gerhard, and many of our Cannonball family: Shinya, Buck and Mike Carson, Scott Jacobs, Pat and Cris Simmons, John Landstrom of Blue Moon Cycles, Patty and Doug… the list goes on. Meeting up with your motorcycle friends makes the trip worthwhile, even if you don’t have deep pockets to buy that record breaking Brough Superior.

The Mecum Auction was a whirlwind. With 750 motorcycles it took three days of fast talking to get through it all. And man can they talk fast and loud. Sometimes you had to go outside the hall to rest your ears. Here are some highlights: 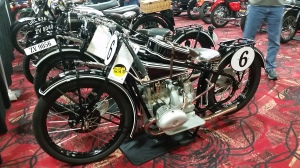 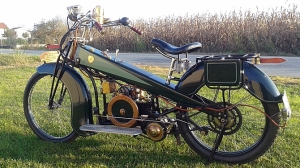 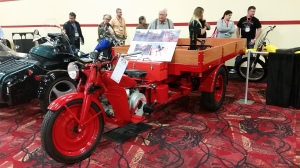 There were numerous Italian motorcycles from makers Ducati to Moto Morini to Moto Guzzi, including a rare 1936 Benelli 500 sport, which did not sell. The highest bid was $32,000. On hand also was a sharp-looking Ducati race bike, the Desmosedici RR, which sold for $45,000.

Even the market for vintage Japanese bikes seems to have appreciated considerably. Clean Kawasaki triples were going for $6,000-$12,000 (depending on condition and engine size). A 1966 Honda CL77 street scrambler went for $5,250. There was also a group of beautifully restored Yamaha enduro motorcycles that sold for $31,000. 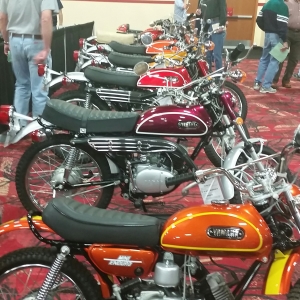 Older American motorcycles — Henderson, Excelsior, Harley Davidson — always command a good price. If they were 1916 or older they were Cannonball material for the next event in 2016. They seem to range in price from $33,000 up to $70,000. 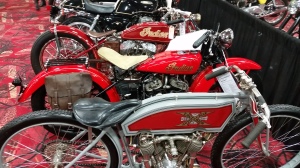 Some of the bikes that did not sell were just as exceptional. One was a 1927 BMW R39. High bid was $100,000 and it did not meet the reserve! Some of those in the “Bid Goes On” corral now show as pending sales. We shall see…

So friends — see you next year at the auctions, if not sooner. Below are a few more images: 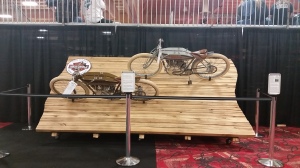 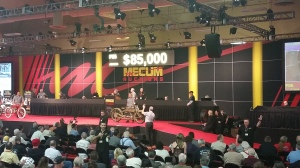 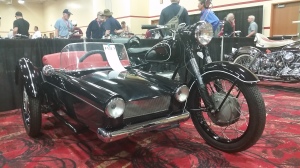