Rest day is for wrenching, laundry and rest. Personally, I was running on empty and found myself sleeping until noon. It’s hot outside — 85 degrees with high humidity. Pop-up shade tents dot the parking lot where crews are working on bikes.

The results are in for the first 8 stages and Cris from Team Honeymooners is in 29th place out of 90 riders. She’s “picking ’em off one by one”. And our former Teammate, Dean Bordigioni, is in 1st.

With Cris’ bike Effie running so well, and Sharon’s bike also running well, there was not much for the crew to do, so we went to lunch and then visited the Dodge City race track dating back to 1913. The track was no longer visible, only a few old wooden structures were left standing and a sign commemorating the location. It was still awesome to stand there and imagine what it must have been like racing back then. Paul D’Orleans was also there doing a tin-type image of Bill Rodencal #67. 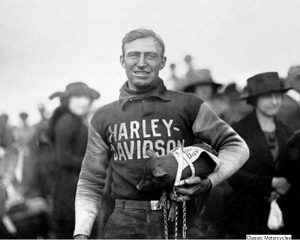 Ray Weishaar and the Harley hog. He raced at the Dodge City 300. 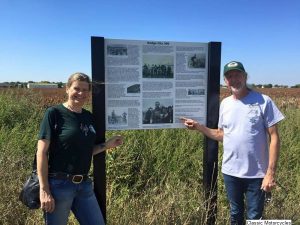 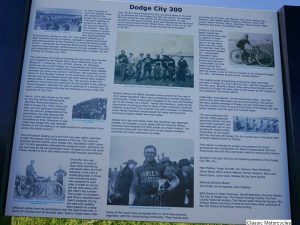 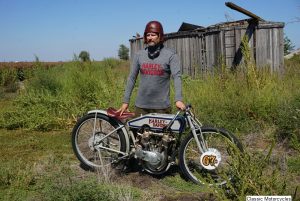 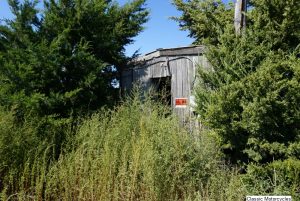 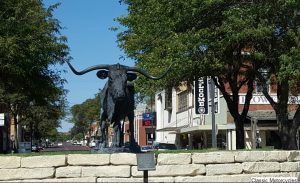 The last two photos sum up Dodge City for me — miles and miles of corn and grain silos, and the statue of the longhorn, a throwback to the original city trade.