It feels like the old West: locomotives, old motorcycles, saloons, and lots of cowboy boots. The ride started at the hotel this morning, but as we arrived in Boot Hill it was like stepping (or rather riding) back in time.

The morning started off foggy so we were a little worried that it would impact the riders, but with a late start (thank goodness, we actually got to sleep in to 7:30) the fog had burned off. Below are a few random images from the start. The Gumbi is on Cris’ bike. She likes Gumbi. (Pat used to have Pokey on his bike.)  The first two images are of Shinya and his Indian. The last is of Dawn and her outfit Du Jour (an animated spirit and lovely addition to the Cannonball). 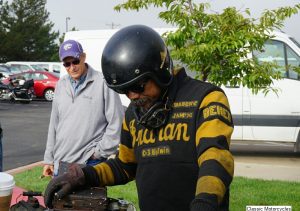 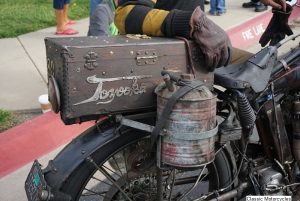 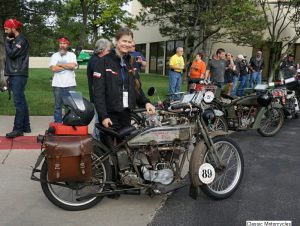 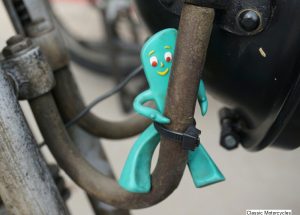 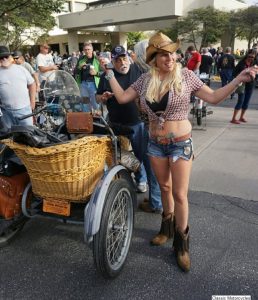 The drive / ride was a little boring because Kansas is so flat, no nice twisties or hidden lakes. But it allowed the riders to make it to the final check-in relatively early, where they could enjoy the Boot Hill old town. While sitting in the crew van I had the opportunity to hear from Scott and Sharon. Scott is out of the hospital and they are on their way home. 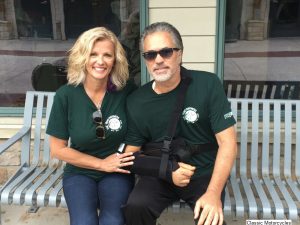 Boot Hill is an historical museum in the middle of Dodge City. There are more than 60,000 historical artifacts and objects that they have collected. The name Boot Hill comes from the old western expression, “he died with his boots on”. Most cemeteries back in the day were referred to as “boot hills”. The 100 year old motorcycles fit in nicely. Paul D’Orleans and Susan McGlaughlin used the great backdrop to take several tin-type photos. 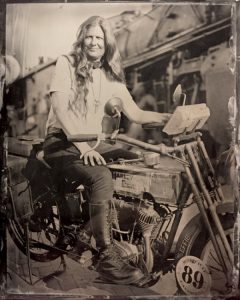 Tin-type photo of Cris and Effie #89. 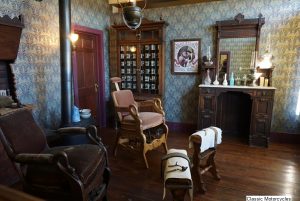 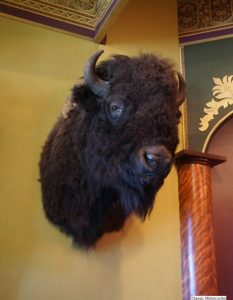 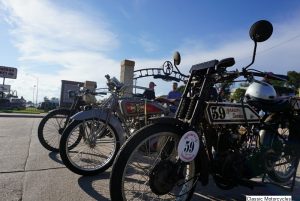 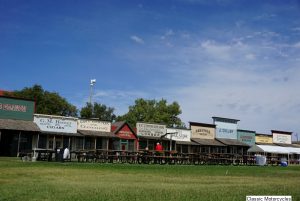 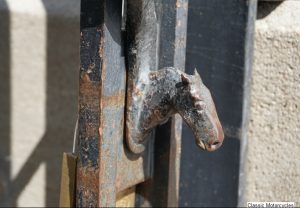 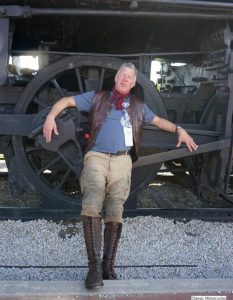 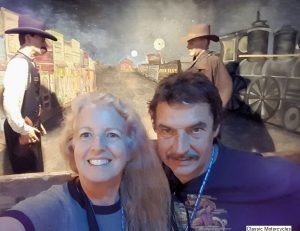 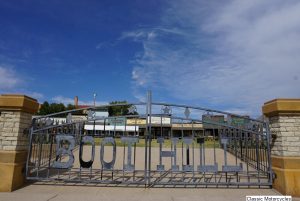