Bleak and dreary morning. The rain was pretty solid. However, Cris was still pushing to make the top 25, so she was up for the challenge. In the first photo below, Pat and Dave push Cris’ bike Effie to the starting line up. Everyone was trying to get out of the rain by putting their machines under the hotel’s covered entrance. The stars and stripes helmet belongs to Jürgen Ullrich #60, from Germany. 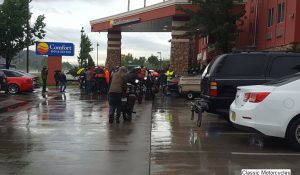 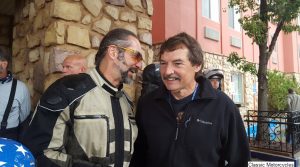 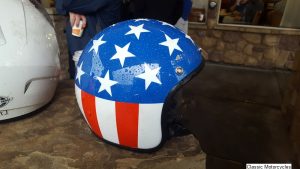 The crew was supposed to be on the road before the Cannonball bikes this morning, however, due to the catastrophic failure of a Nyquil bottle exploding in my suitcase, we left considerably later. On the upside we got some great photos of riders out on the road between Durango, CO and Page, AZ. First pic is of Linda Monahan #39, next Dean Bordigioni #13, then Cris Simmons #89, and Frank Westfall #49. 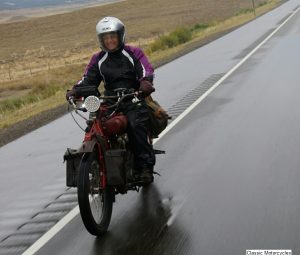 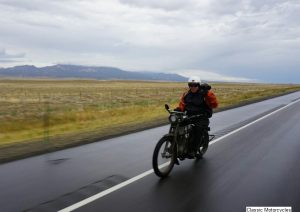 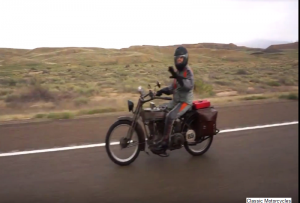 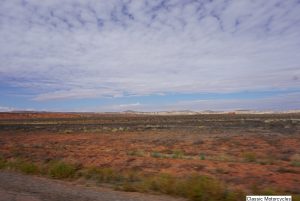 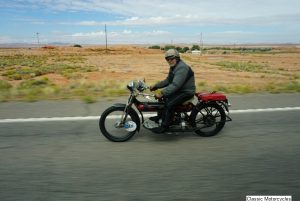 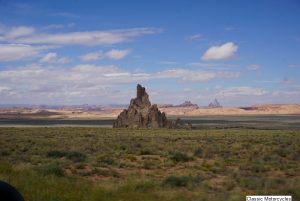 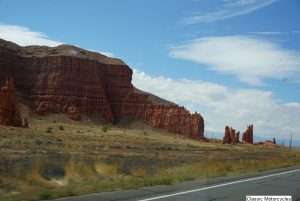 Another highlight of the day is that Cris came in again for full points, and moved into the top 25!