The Cannonball can be fun, tedious, grueling, surprising, challenging and exhausting. We all went to bed after midnight and woke to the alarm at 6:30. We felt confident about Cris and Pat’s bikes after the hours of repair at the Harley dealership in Bloomington, and we were looking forward to today’s destination of Cape Girardeau. Two years ago on the 2014 Cannonball we had also stopped here. Cape Girardeau sits on the Mississippi River just as you cross into Missouri. Numerous murals commemorate the city’s history, most of which are located on the city’s downtown flood wall. The old historic brick buildings add to its charm. 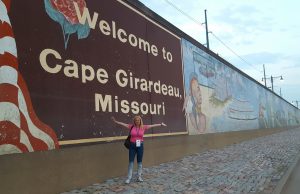 But the dark skies overhead with the threat of thunderstorms looked a little foreboding. Add to that nearly 250 miles across three states — Indiana, Illinois and Missouri — and we knew the day would be grueling for the riders. We also had the concerns of Scott’s imminent surgery on our minds. The images below were taken from the Sprinter van as we drove through Illinois and crossed the Mississippi River. We even ran into a few Cannonball riders on the road. 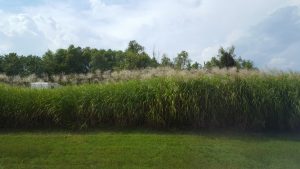 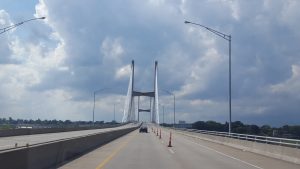 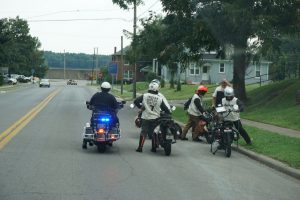 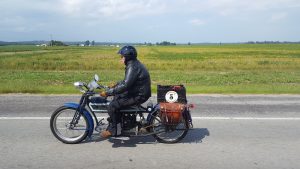 We got a call during an early lunch stop that Pat and Cris were doing well on the road. That was good news for the crew. We also heard from Sharon that Scott was about to head into the operating room. From that point on it was just a waiting game.

We pulled into the Cape with a little time to spare so we walked around enjoying the city; 4:00 was the scheduled end time for the class III riders. Around 4:30 we heard from Sharon that Scott’s surgery went well, and less than 10 minutes later Cris came in for full points! Unfortunately, Pat had engine problems less than 30 miles from the finish and ended up on the dreaded short bus. Scenes from the Cape below. 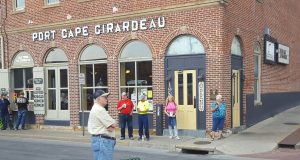 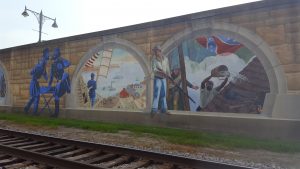 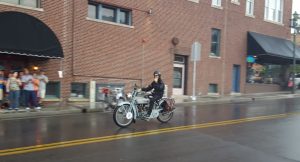 Parc Ferme closed at 6:00 and we were allowed to pack up the bikes and return to our hotel where the wrenching now begins in earnest. The first piece of bad news we discovered is that Pat’s primary case is cracked and it looks like he is out for good. Sad news for Team Honeymooners. 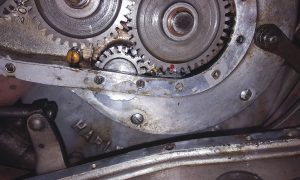 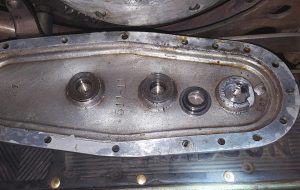 Now it looks like Cris will have to carry the torch for the team. Cris said the scariest part of today’s ride was going over the old Wabash Cannonball Bridge between Indiana and Illinois. It’s an old railroad bridge over a river with old wooden boards, many of which are warped and sticking up at crazy angles. 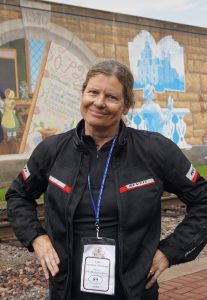 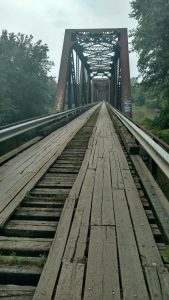