It was a sunny but cold start this morning for the ride from Williams to Lake Havasu, Arizona. But anything is better than yesterday’s rain. We had a surprise visitor, Robbie, an old friend who also restores motorcycles. Robbie was there to watch the start. Scenes from the morning are below. The ace stickers on Cris’ bike are for each stage where she had a perfect score. Some riders put them on their machines, or their helmets — definitely a badge of pride. Linda Monahan #39 is dressed in purple. 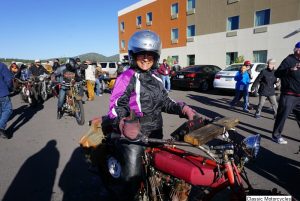 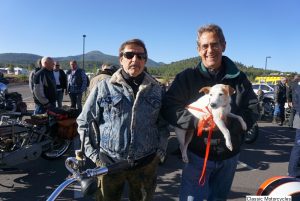 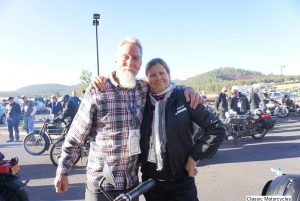 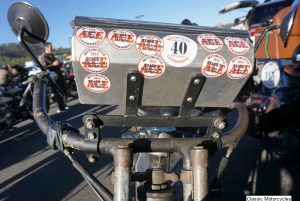 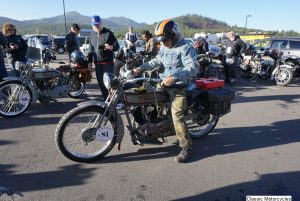 The riders got to travel along Route 66. The crew chose mostly to take the quick route on the US 40. (We were given the choice to also travel on Route 66, but it would have meant leaving really early to avoid crossing the riders on the route.) Notice the bear pic… had to take it, we have a thing about bears after hitting one near Cumberland, Maryland. More scenes from the road are below. 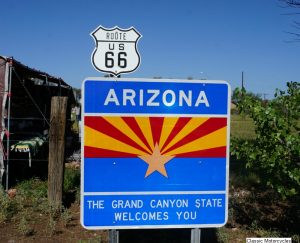 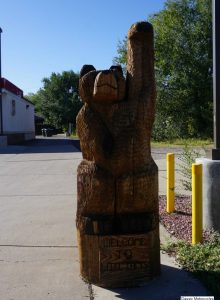 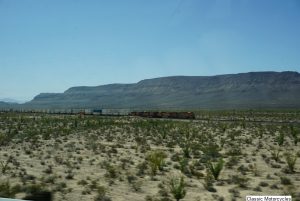 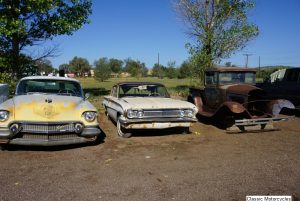 Riders came up a busy McCulloch Blvd during Friday rush hour, so their arrival at the check point at Querio Drive was chaotic, but it all worked out with the help of Pat Simmons directing traffic (a man of many hats). Paul D’Orleans was also on site doing his fabulous tin-type pics of the riders, in between the arrival and the hosted dinner. 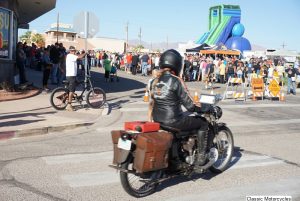 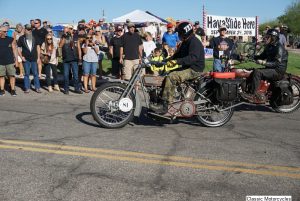 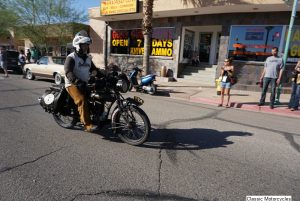 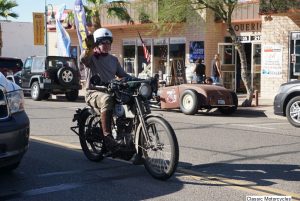 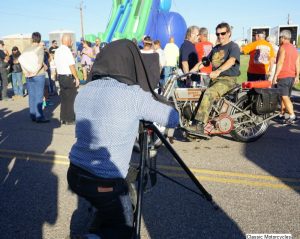 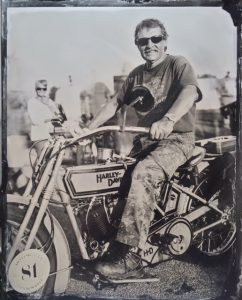 The drama of the day was that #22 Jeff Lauritsen was involved in a accident not far from the final location. Given the damage on his beautiful Excelsior, we are happy he was not seriously injured. 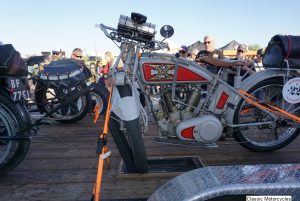