There is a playfulness among the teams today, and with the hot and steamy weather, even a sense that one’s on vacation. But the frivolity only masks the inner apprehension of each rider as they register and are inspected for the start of the race tomorrow morning.

We walked around checking out all of the other motorcycles — an eclectic group of entrants from Hendersons to BSAs to Harleys, Thors, Excelsiors, Sunbeam, Nortons,  a Shaw and other marques. And they are old, dating from 1904 to 1916. This will be a real test of grit and endurance. The motorcycles are not comfortable rides, spare parts are hard to find, and honestly these machines were never built for long-distance travel. It will be interesting to see who crosses the finish line in Carlsbad on September 25th. 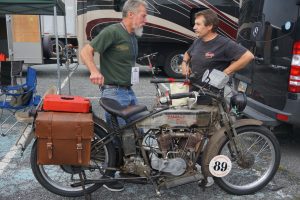 A few of the machines ready and waiting in the parking lot across from the Golden Nugget. 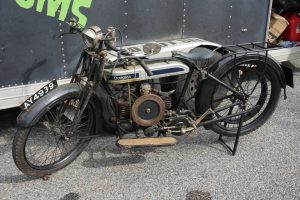 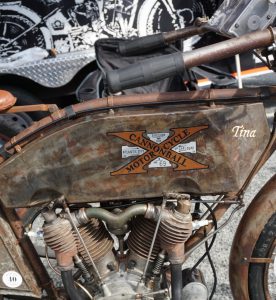 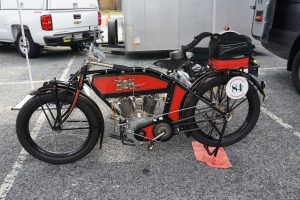 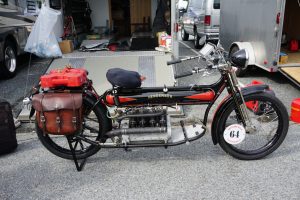 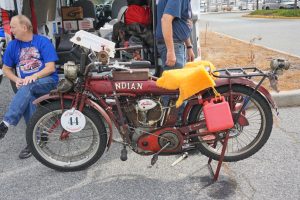 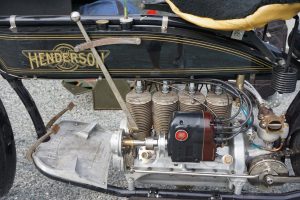 And one of the real delights of the day was spending time with Gloria Tramontin Struck, the oldest “Motor Maid” in the US. Her family owned a motorcycle dealership at the turn of the century. She rode her first Harley in 1941 and just stopped riding a year ago at age 90. She rode a motorcycle for 73 years! She is holding a picture of her mother on a motorcycle from 1925. 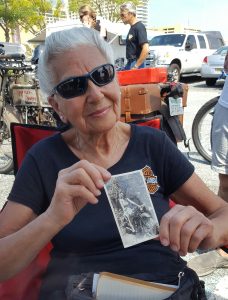 Gloria Tramontin, who rode her first Harley in 1941. 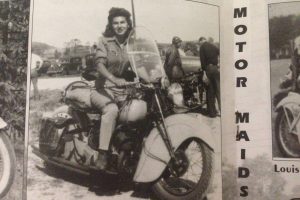 Gloria in an early photo on her Harley 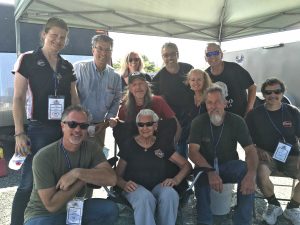 The Team Honeymooners group plus a few auspicious visitors – Buz Kantor and Paul Ousey from Cannonball 2014, and Gloria Tramontin Struck!