The last start on the last day. We sure got here fast. Like any intense event, time seems both to stretch in the middle like a rubber band and snaps back at you with speed at the end. Here are a few scenes from the last stage beginning in Palm Desert — gassing up the bikes, making adjustments, checking tires, and letting little riders be inspired. 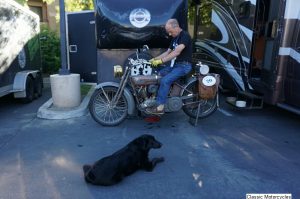 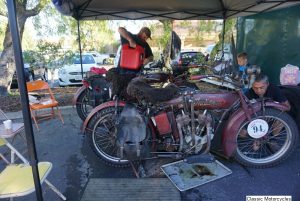 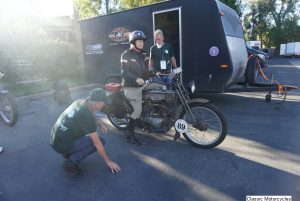 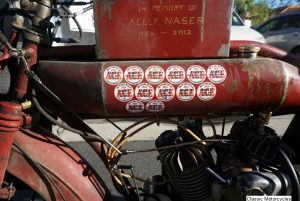 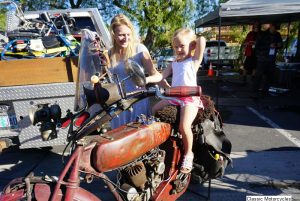 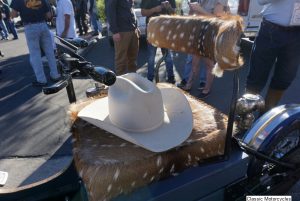 The riders took a steep road up the 79 Highway from Palm Desert into Temecula, climbing over a 4,000-foot pass in the San Jacinto mountains for a hosted lunch at a local Harley dealership. It’s good that the climb was early for the old bikes, because we had record-breaking Santa Ana temperatures for the rest of the day. In normally cool Carlsbad it was 93 degrees when the riders finally arrived — 75 of the original 90. Director of Operations, Jason Sims, raised the checkered flag. There was plenty of paparazzi on hand to capture the final moments. 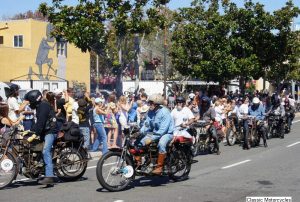 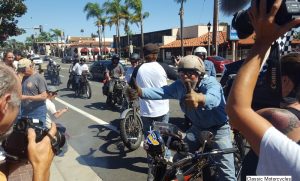 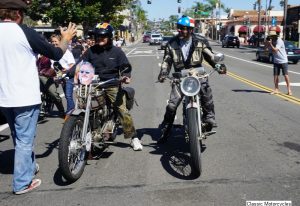 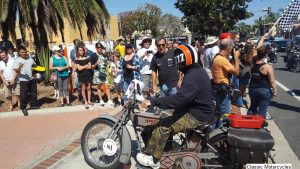 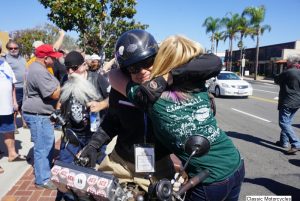 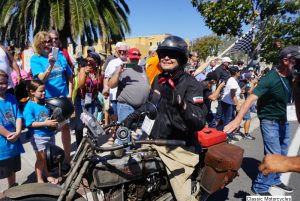 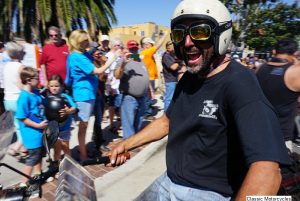 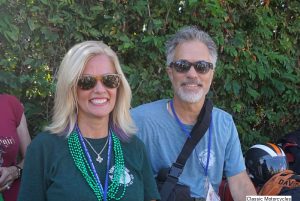 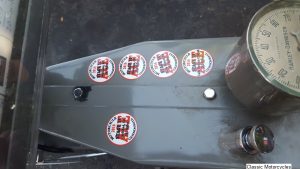 This was the last 100 miles of an over 3300 mile journey across the country. Cris Sommer Simmons is a real champion. She is an admirable woman. She was the only rider who carried the torch for Team Honeymooners. She climbed her way up to 22nd place out of 90 riders — “picking ’em off one by one”.

Due to a tragic accident on the second stage, our wonderful friends, Scott Jacobs and Sharon Jacobs were abruptly out of the race. It changed the whole character of the journey for us as crew people. Pat Simmons also broke down relatively early and joined us in the crew van. We had some great conversations.

We saw a lot of the country, met great people, but in the final analysis I wish it would have ended a little differently. A big thank you to all the Cannonballers. 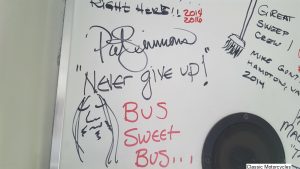 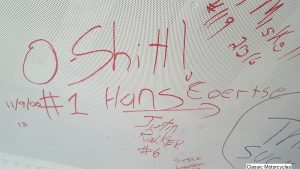 Signatures and notes on the “wall of shame” on the riders’ short bus. Kind of sums up our mix of feelings about Cannonball 2016.