The Cannonball is about ups and downs, highs and lows. It was a great start this morning getting both Pat and Cris on the road. The official start was at our hotel, which is always nice for both the riders and crew, because we do not have to chase them over to another location. It gives us all a little more time for breakfast.

Today Cris was hoping for good luck. She was carrying Bill Buckingham’s #40 plate with her on “Effie”. Rider’s have been passing the torch carrying his number. Bill was set to ride in the Cannonball, but was killed in a motorcycle accident one week before its start. He rode in the 2014 Cannonball on a chopper-style knucklehead Harley. 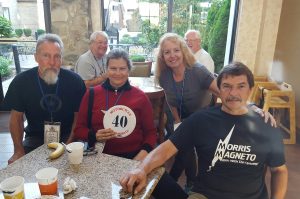 Breakfast in Chillicothe. The crew and Cris.

While waiting for the start, I walked around checking out the scene. I saw the “short bus” parked and decided to tour the inside. No one really wants to be on the short bus. You only end up here if you bike has broken down and has to be towed. The riders are then driven to the finish line in this shortened version of a school bus. Riders sign the “wall of shame” on the inside. 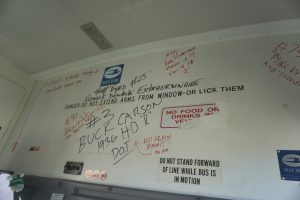 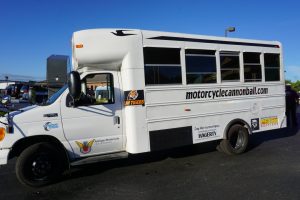 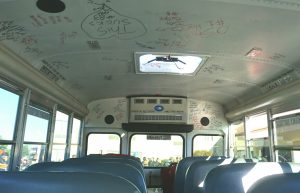 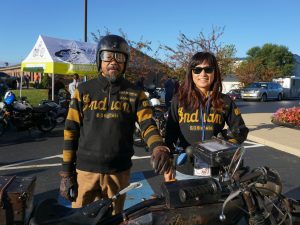 Shinya and Ayu at the start. Shinya and his friend from Japan, Nimmie, share the riding. Today is Shinya’s turn.

It was a beautiful day and the riders enjoyed the meandering back roads. The crew has to take a different route and ours was less interesting — a lot of corn fields. 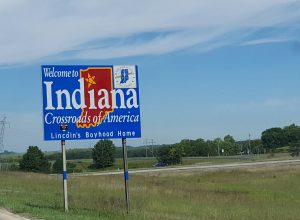 Unfortunately for Team Honeymooners, no one made their full miles today. Pat was the first to break down. A nail in his rear tire took him out. On the 1914 the clutch is also in the rear wheel, so changing the tire means taking the wheel out by the side of the road. No simple task. He ended up on the short bus. About 80 miles from the finish line, Cris was the next one out. Her primary chain had stretched and was clanking against the primary cover. It could not be adjusted. She would need a new one. She could have possibly ridden to the finish line, but did not want to risk more damage to “Effie”.

The reception at the Bloomington Harley Davidson was fantastic. There was a large turnout of people interested in seeing the bikes, and the manager there allowed us to use the service shop and tools to work on them. That was a nice change from working in a hotel parking lot with a flashlight. We also sold some Team Honeymooners t-shirts. 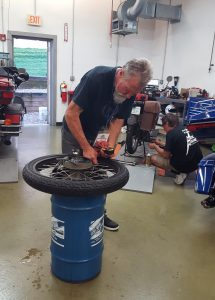 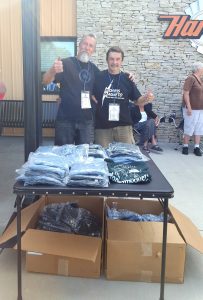 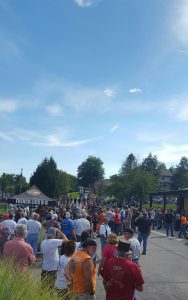 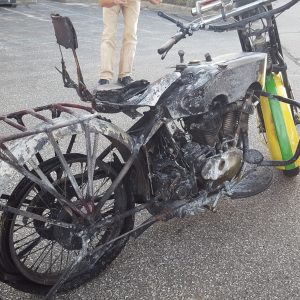 John Pfeifer had his #36 bike in the parking lot. This is what a 1916 Harley looks like after it has caught fire.

A couple of positive highlights from the day: several Motor Maids from Indiana waited hours for Cris to arrive. She signed books for them and took the time to pose for photos. We were also very happy to see Dean Bordigioni come in for full points. He is currently in first place. We traveled 3800 miles with him two years ago on Cannonball 2014. 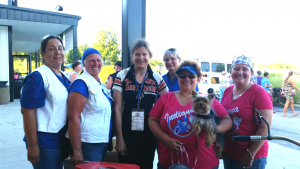 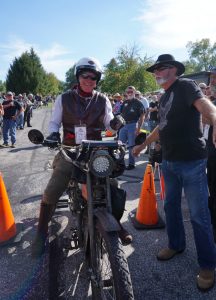